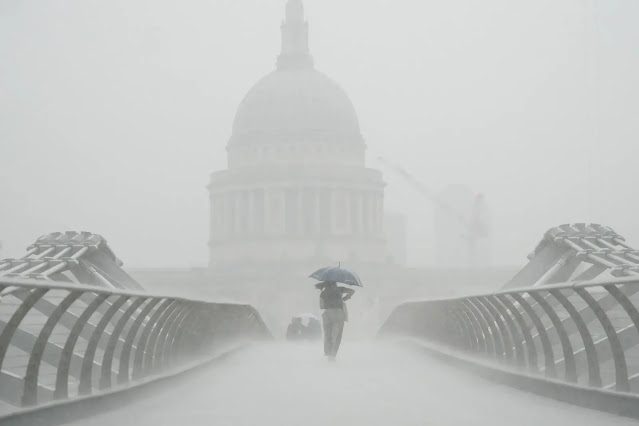 3 Up
1. FDA Hearing Aids Over Counter - Yay accessibility! With the FDA approving hearing aids for over-the-counter sales, the valuable tool will become more accessible and affordable for millions. Think about that - such a simple move opened it for millions! At the core of all of this is a peak into health care and how such small needs, when made more accessible, can be for the greater good.
2. Gas Prices - Well, the price continues to drop. It's nice seeing a 3 in front of the price of gas. Hopefully, the trend continues. Can we get it under $3?
3. Albert Pujols - I predicted it in my MLB Crazy Predictions post, but who takes that seriously? I certainly don't. But seriously, as much fun as it is hoping Judge can chase down 61 home runs, is not Albert's run at 700 just as much fun? Even more so, a remarkable story considering his age and improbability?
3 Down
1. Random Floods - It's easy to put the crazy hot weather and heat waves across the globe here as a "down". But how weird are the floods that have also popped up around the world? Las Vegas, and various other areas this week, received record rainfall in a short amount of time, mere hours at a time. It's downright biblical at this point.
2. Banned Books - I read some of the books coming out of the Florida State school systems, as well as Tennessee, and some other areas - what are we doing?! We now live in a country where knowledge and literature are banned. No matter how you put it, it's as archaic and backward as it sounds.
3. Air Travel - I learned quite a bit about the airline industry and their shortage (thank you Daily Show Podcast) and with continued cancellations around the country, it doesn't look like this problem is going away.
It just continues to be such a weird labor market.
Cover Photo
People with umbrellas walk in the rain on the Millennium bridge. After weeks of sweltering weather, the Met Office issued a yellow thunderstorm warning as torrential rain hit parts of England and Wales.
Victoria Jones/PA