The Final Crossroads For Hogan 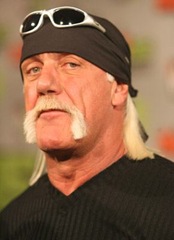 So Hulk Hogan is back in professional wrestling. And he’s back with Total Nonstop Action (TNA) Wrestling, although his role has yet to be released. In most cases I would say that I wouldn’t be shocked by such news, given the past political decisions of the Hulkster, however, today’s news conference at Madison Square Garden caught me, much like everyone else, by surprise.

Hogan, the biggest star ever in the wrestling industry, has been in the news over the past few months due to other issues besides his career. Most of Hogan’s problems were tied to family issues that were compounded by more family problems, only to be multiplied by other family problems. He lost his house, his wife, and saw his son spend time in prison. He lost it all.

And much like I’ve stated before, some of Hogan’s problems were due to the fact he was not able to separate Terry Bolea, from Hulk Hogan (Life of Hulkamania Brings Down Terry Bolea). And just recently, and further stated in his new book, Hogan even at one point contemplated suicide. Yes, suicide. In the story which has made it’s way through headlines, Hogan points to a random call from the daughter of boxing legend, Mohammed Ali, Laila Ali, as the person to save his life.

In the past, I admit, have fallen off the Hulkamania wagon due to Hogan’s ego tirade. As a fan of the industry, I admire and appreciate what Hogan has done for wrestling. My only strike against him was his inability to pass the torch onto someone else, like Andre The Giant did for him. If he hasn’t found that talent as of yet, is another issue, but Hogan has never made such a gesture or statement regarding the matter.
Nonetheless, we come to today. Off the heels of hearing about such a cultural icon’s lowest points, and his ability to accept humility, Hogan has signed on with TNA Wrestling. An organization that is full of young and bright stars looking for guidance, tutelage, and worthy of passing the torch to.

The pieces are in place for a defining moment in Hogan’s legacy. In a time when most fans are sympathetic for Hogan’s personal problems, he has an opportunity to finish his career the way it should have been. Once again Hogan has an opportunity to do something no other wrestler could ever do, possibly ever – help build three national wrestling organizations.

Hopefully, the coming months will unveil the potential correction and defining of Hogan’s legacy. And with that Hulk Hogan in he right place, Terry Bolea can finally be at peace with himself.