Embellished: King of Pop’s Legacy Might Not Be Craziest Thought 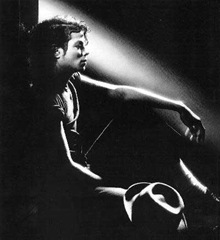 Is it OK to say such a thing? Is it politically correct, or even, socially acceptable to state such a sentence?

While your obvious reaction may be just as similar, it is hard to deny that the legacy of Michael Jackson is beginning to take on a new form. A form that is slowly building from legendary authenticity into mere embellishment.  In fact, after his death, its hard to really gauge his true legacy.

After the conclusion of the 2009 American Music Awards, Jackson’s legacy, and the honest reality of it was raised to newer heights. I could not help but wonder, how is it, that Jackson, who passed away right before his actual comeback, can win several awards (thus setting an AMA record) and be nominated for many more, including artist of the year?

Make no mistake about it, Jackson’s passing was unfortunate, however, Jackson did not prove, or accomplish anything in 2009 that warrants, or merits receiving such honors. It is the honest truth, that most caught up in the emotion of his death do not want to accept.

“However, what about his recent sales?”

Much like the recent nominations and winnings of Jackson, his sales were directly tied to his death. It is very well known that your worth in the entertainment business grows after your death and Jackson was not any different. And with the constant over-emphasizing of Jackson’s death at every opportunity, his legacy is becoming more of a charity and sympathy case, rather than the celebration of one of the greatest talents this world has ever seen.

The constant spoon-fed dedications, nominations, and awards is slowly transforming Jackson’s masterpiece of a career into one we’re attempting to add to, instead of acknowledging. So what if Jackson passed away short of the AMA all-time record for most awards? Is that really a deciding factor on how we will remember him, his career, his performances, and his music? I doubt it.
There is no reason to parade him into distant genres with other well-deserving artists just for the record. Just for that cheap TV moment. In fact, the more Jermaine Jackson is in the public view, and the more he is heard, the more it seems that Michael’s legacy is now becoming embellished. Dare I say, even fabricated.

Before his death, Michael was ridiculed by the same media that now claims “they didn’t understand him.” Whoever, “they” are now, has yet to be determined. And now after his passing, those that never listened to his music, suddenly are fans. Networks that wanted no part of him, are having documentaries, specials, and marathons dedicated in his honor.

And to be honest, that’s all and well. We all live. We all make mistakes. And sometimes we even miss out on some of the greatest things in life, and don’t realize it until its gone.

Yet, with that said, let’s not attempt to alter history, or recreate it. A legacy is determined by what others think of you and your body of work. Michael’s legacy was well intact several years ago. Let’s not fabricate and try to elongate his legacy for our satisfaction. Because eventually, you get a false legacy, and a contingency of people who begin to say, “I’m over Michael Jackson.”

And those are words scarier, and much crazier than the ones I stated earlier.