Taking Care of The Real People That Build These Stadiums

I understand the power of sport and business. I definitely do.

However, sports are just an avenue of entertainment and enjoyment. A mere means of theatrics, thrill, and emotion that remove us from the on-going struggle of everyday life. Sports, however, are in no way an essential part of life.

With that understanding, is why I cannot understand the constant movement for the Atlantic Yards project here in Brooklyn, NY. For those who are not familiar, the Atlantic Yards project, spearheaded by Real Estate and Architect mogul, Bruce Ratner, is one that surrounds the construction of a massive new arena for the now New Jersey Nets, multiple offices, luxury condos, apartments, and restaurants in the middle of downtown Brooklyn.

Yes, the project, which has since been fighting legislation, lawsuits, and other objections from its original expected time of breaking ground in 2004, has finally been approved by the highest court in New York State. The project is slated to dramatically increase Brooklyn’s economy and its surrounding areas due to the injected income of retail, high end real estate, and all the benefits of a professional sports team in the area can generate.

However, as the years have gone on, and the objections and rejections have piled up against Ratner and crew, the smaller the project has become. What once started out as a mega plan which garnered political support due to it’s emphasis on creating jobs, real estate, and revenue, and has now been reduced to several office buildings and the arena, which has already sold naming rights, and will be titled, The Barclay’s Center.

With all of the perks and benfits now reduced to just a basketball and event arena, is this project even worth it?

I understand the benefits and negatives of such a facility in an area. Although, often times, sporting facilities have proven not to be worthwhile for tax payers and the surrounding economy, just down the road in Coney Island was just the opposite situation.

The effects of Keyspan Park in Coney Island, and how it revitalized a rapidly deteriorated area, back into the historic recreational and tourist attraction that it is, and always should be are unlimited. Keyspan Park worked wonders for Coney Island, so much so, that a few Real Estate big wigs were attracted to the area. They attempted to purchase the Boardwalk area, and turn it into some cheap knock off of Atlantic City with Hotels, gambling, and night life. Luckily, the city purchased the area and that won’t happen. In fact, the area is slated for further major renovations in the coming years.

So, it can work. Could it work again?

The issue with the Atlantic Yards project from day one, and still remains the issue, is the courtesy, and concern for those living in the current apartment buildings that will be torn down in order for this project to be completed. What happens to them? 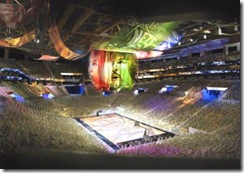 Most, who have been here for years and enjoy rent control and have been a fixture in their neighborhood for generations, will now be forced to leave. Yes, they would be given a form of reparation for their inconvenience, but is that enough for such a change?

Under the project plan, those who are replaced will have the first priority and opportunity on the new high-end buildings that will be constructed. Developers state that there will be apartments affordable for the middle-class despite being in such a high-end facility. However, what becomes of these people until this project is finished? Can they afford the price on the lower-end apartments in these buildings? And we haven’t even gotten to the inconvenience it would cause to the neighborhood and local businesses while it is being built.

Look, a change like this is good for this borough if it didn’t come with so many question marks. However, it does. And those question marks have yet to be given quality answers to justify this project.

Yet, it seems Albany heard one answer that trumps them all, and that was money. It is projected to be an economic generator, so the project moves forward. 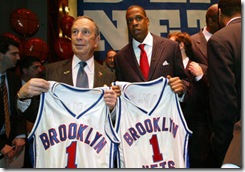 If Ratner, his developers, and his cohorts can effectively take care of the real people that will make this project a reality, he has my support. And maybe, when it’s done in 2011, I’ll attend a Brooklyn Nets game at the Barclays Center.

Here are a few links worth noting in conjunction with the Atlantic Yards issue: