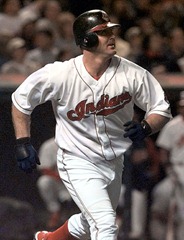 Unlike other sports, baseball is very dependent on the statistics and numbers each player produces. It also works the other way, where the statistics and numbers clearly define the type of talent a player is. Because of the nature of the sport, it is very unlikely for a potential Hall of Famer to go unnoticed. Regardless of team, city, or market played for, great players in baseball cannot be hidden. However, for some odd and unique reason, one has flown under the radar when it comes to Hall of Fame discussions, his name – James Howard Thome. You might know him as Jim.

Now you might be saying, “C’mon, Thome a Hall of Famer? Get outta here!”.

However, before you begin naming several names who are more worthy, or are more well-known (more on that in a bit) than Thome, take a look at Thome’s current career totals:

Not bad at all. In fact, comparable, if not, better than most note worthy names during his era, and better than some who are in the hall of fame. That’s without mentioning his 5 All-Star appearances. Thome’s season average is actually just as impressive as it breaks down a career of consistency, a word that is synonymous with all Hall of Famers.

Who wouldn’t take those numbers every year?
Now I’m sure many of you reading this are probably thinking of that topic that hovers over any player from the past generation – steroids. Well let the record show, that Thome’s build has never seen unordinary growth. In all actuality, he has always been big! Let the record also show that Thome continues to mash HR’s (22 this year) at the age of 39. All during a time where steroid testing is as strict as it has ever been.
With Thome a mere 14 homeruns away from a milestone recently passed by Alex Rodriguez of 600, Jim Thome needs to begin receiving his due as one of the game’s best. While what he has done in his career seems to have been done quietly,  Thome’s resume and bid for Hall of Fame is simple. No commercials. No back pages of the newspaper. No fancy endorsements. Just a mere throwback to the great game built on hard evidence – statistics and numbers.