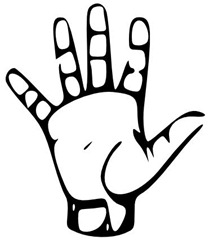 “I have until five!”

It’s a moniker coined by Bryan Danielson (now Daniel Bryan of WWE fame) when he would let the referee know of the officiating rule count when it came to a choke hold. It’s also a phrase that comes to mind on a day like today where my tag team partner and I celebrate our five year anniversary.

The two reasons for the same phrase aren’t exactly related, in fact, they are quite inverted and contrary. While Danielson often let go before the count of five, my tag team partner and I are not only holding on, but entering a new phase in our lives as we prepare to wed exactly a year from now.

I often joked with my roommate in college that it would be nice to return for a wedding several years later for someone I actually knew as opposed to the many distant invitations I have accepted over the years. Often, we would joke that a “five year plan” should suffice for such an event. Well, a couple of years later, he is still dating, and well, my now fiancé and I just completed five years.

And looking back, I am reminded of the many who doubted we would even last. I understand that college is full of rumors, skeptics, haters, and people who are about as fascinated with questioning everything as they are with being pessimistic; yet, some of our closest friends fell under these descriptions. We have outlasted many of the “in” couples, defied the haters, and have continued on…until five.

And as we move past five, the countdown begins until September 24th, 2011. Where six will happen and most importantly, where forever will continue.

Danielson may let go before five, but we’re holding on. Ring the bell if you want – repeatedly if need be – but we’re not letting go on this chokehold of togetherness.