Star Gazing: Why Do We Care So Much? 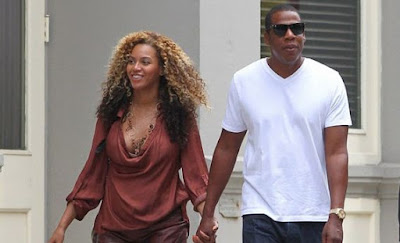 I have never been one to be amazed, engulfed or interested in or by the lives of celebrities. I have seen my share of celebrities and famous people in my lifetime and even have had the chance to converse with a few, yet, removing the two or three times I have been nervous or "star struck" in someone's presence, never have their lives ever consumed mine. So when it comes to the pop culture world of gossip, rumors, first photos, hook-ups, break-ups, babies, fashion, and meltdowns, I could not be any less interested.

I know, breaking news, yours truly is not in pop culture...shocker.

However, the response and frenzy to Jay-Z and Beyonce's new baby girl has truly triggered perplexing thoughts on our society, and it's now more-than-ever apparent social hierarchy. Blue Ivy Carter, who was born this morning has not only caused fans of both stars worldwide to discuss and share their thoughts on the topic, but the interest expands to casual fans as well. However, where the situation really becomes unique is when it is national news.


As of this morning, Blue Ivy Carter was amongst the top news story on the New York Daily News, New York Post, and other various news platforms across the country. Not to mention, #BlueIvy has been trending worldwide on Twitter all day.

Then again, Kim Kardashian's wedding once led of a newscast as well.

Going back for decades, we have been a country that is enamored with famous people (not all should be considered stars), and quite frankly, it is something that I still do not understand. As a culture we seem more excited by the arrival of  "the most anticipated baby in America" as coined, than various topics.

Why the name Blue Ivy?

How was she born?

Who will have the first photo of the baby?

It all just feels so vain.

And with more "journalism" and communication outlets than ever before devoted to revealing, exposing, and getting the public such "important" information, the pop culture vacuum of criticism and cynicism is at an all-time high.

Are we jaded by the real world?

Aren't we better than this?

Or are we simply in awe of the lives of others?

Or heck...am I simply out of touch (quite possible).