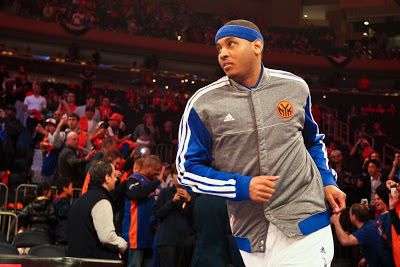 Who is Carmelo Anthony? Seriously speaking, who is he? Depending on who you ask, you may get a different answer to that very question. Folks in Denver will act like he doesn't exist, those in Syracuse believe he invented sliced bread, and those here in New York City have been torn on him since he landed at JFK airport.

Everyone has an opinion on the forgotten superstar from the 2003 NBA Draft, and it conflicts so much that Carmelo has really become an anomaly.

Personally, I've been on record as stating that I am not in love with Melo's game. He is a superior talent, but there are times where his lack of getting others in the flow of the game hurts his team. We've heard the argument that he doesn't have anyone to play with, but that in itself lends into the constant identity of Carmelo Anthony the basketball player.

As the most important piece of the Knicks, and the most vital part to any run they plan on making next year, I wanted to lay out the pros, cons, and even myths about Melo. He has become in my eyes the most fascinating athlete today now that the image of Alex Rodriguez (Homeless: A-Rod's Legacy is Defined) is settled. And quite frankly, A-Rod can still be dissected. 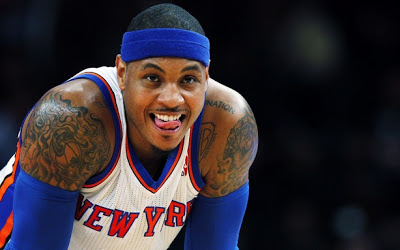 Nonetheless, let's get to it, beginning with the positives: 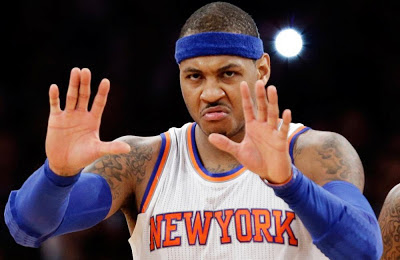 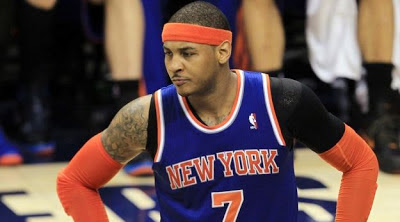 And of course, there are always the myths and baseless comments about him:

And finally, there are the comments and results from scouts and basketball experts on Melo:

What's actually funny, is that after writing this, I recently had a long discussion about Carmelo Anthony with several basketball student-athletes at work, a few security guards, and an assistant basketball head coach. The overall consensus was just what you expected - a mixed bag.

Some blamed him for the Knicks woes, more specifically the stalling offense. And some felt he needed more help around him. The issue of Jeremy Lin came up who had the Knicks playing the most cohesive basketball they've played over the last three years during "Linsanity". And of course, it's an undisputed understanding that everyone knows Melo made sure Lin wasn't brought back out of sheer jealousy.

Some felt Melo was overrated, with one basketball player claiming he thought Melo was best as the Robin to someone else's Batman. He pointed to Melo's superb play in the Olympics as evidence where he simply had to be a jump shooter.

This part of the #KnicksState series wasn't written to decide what Melo is, but to simply bring to light what he isn't - and that is an athlete is truly defined. Anthony is someone who is as enigmatic, controversial, and debatable as they come in professional sports today. The argument can go on and on, and on, and on regarding Carmelo Anthony.

The breakdown above is exactly what Carmelo's reputation, image, and perception is. All three dynamics, and all of the pointers combined. Everyone's perception of him as a basketball player lends itself to a few of those pointers described above. Some believe in fewer of them, others more of them, and a few all of them. Making it that more confusing.

If the Knicks plan on improving their team for the 13-14 NBA season, it will all begin with clarifying the definition and perception of Carmelo Anthony.

What do you think of Anthony?