A-Rod To The Rescue! 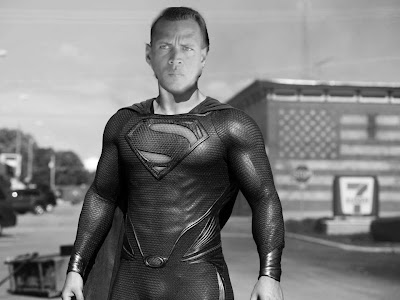 Just when I think I've written my last post on this guy (Homeless: A-Rod's Legacy is Defined), he continues to push the bar to a next level. Quite frankly, I could probably start a new blog JUST on Alex Rodriguez. I always say it: he is the most fascinating athlete in my lifetime. A future DP Page of Famer, for sure.

So here we are again and Alex Rodriguez has not only managed to find himself back on the cover of newspapers, but on the you-know-what list of New York Yankees General Manager, Brian Cashman. The moment I noticed Alex Rodriguez had joined Twitter, I began following him. I just knew - heck, everyone knew - it wouldn't be long before he did something rather, well umm....let's just say headline-grabbing. And to A-Rod's credit, it took him just nine tweets to do it. Take that Amanda Bynes!

Visit from Dr. Kelly over the weekend, who gave me the best news - the green light to play games again! http://t.co/RuzfXOJjHI
— Alex Rodriguez (@AROD) June 25, 2013

Despite the notorious Twitter accomplishment, this situation revealed much more than what meets the surface. 1. This still shows that A-Rod, even at 37, is still a megastar; 2. A-Rod apparently has no regards for the process in communicating your health to the team. Chain of command, A-Rod! Chain. Of. Command. 3. Brian Cashman, usually an intelligent and always calm guy, isn't too fond of number thirteen on his roster. And finally,  4. Whatever this guy does - actually everything he does - controversy is sure to follow.

“You know what, when the Yankees want to announce something, we will. Alex should just shut the (expletive) up. That’s it. I’m going to call Alex now.” - Brian Cashman

After all, it has to bother Brian Cashman at times to know that he never wanted A-Rod back in pinstripes after he opted out in 2007, and only those above his head wanted to make the deal. And that's without mentioning the massive contract that continues to hinder the flexibility Cashman has to work around when attempting to put the best team possible. And that's without the headaches Rodriguez causes with his off-the-field antics.

However, the irony in this whole situation is that as bad as the Yankees want to rid themselves of A-Rod and all of his baggage, they desperately need him. Soooo desperately need him. That's the part that must be really hard to swallow for Cashman, for A-Rod haters, for Yankees fans, even for Major League Baseball who seem to be in the constant role of Wile E. Coyote to Rodriguez's Road Runner when it comes to the steroid issue.

How bad do the Yankees need A-Rod?

Take a look at his replacement, Kevin Youkilis, who is now gone for the year (not that he produced anyway). Take a look at his replacement's replacement, David Adams, who as of this post is hitting .185/ 2 HR/ 9 RBI along with a dreadful .509 OPS. Look no further than the Yankees offense that is 22nd in the Majors in runs scored, 24th in batting average, 27th in hits, 15th in homers, 23rd in RBIs, 23rd in On Base Percentage, 23rd in slugging, and 23rd in OPS.  Bronx Bummers?

All in all, It's very hard to argue that Alex Rodriguez can't help.

And oh yeah! Remember that nifty little thing about YES ratings being down 38%? Well you know an A-Rod return in the midst of Twitter-gate would help that as well.

And lending itself more to him being the unlikely hero is the mere fact that he is returning before Derek Jeter and Mark Teixiera.

Folks, we all have to strangely admit it. A-Rod is the hero we are waiting for, despite his face being the one we don't want to see in that role.

Maybe Cashman wants him to shut the (bleep) up because he knows this to be true and it annoys him? Just kidding, sort of.

I still think A-Rod's legacy is still unchangeable, but it doesn't stop him from continuing to marvel us.

Oh, this saga continues! Four more years of Alex Rodriguez and the New York Yankees. What a marriage it has been.