August 20, 2015
It's been awhile since I've tackled a Pondering 10 column, but in the spirit of the topic of this post, I'm due. In the middle of what has been such a fun and exciting baseball season, I decided to go ahead and rank, of course, as of today, my favorite right handed batters to watch. We all know lefty swings are the prettiest, natural turn to first base and all, but I'm going to give the righties some love. With that said, here are my favorite right handed hitters of all time - most who I've imitated a few times in my lifetime. 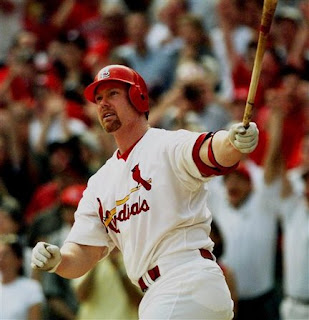 10. Mark McGwire - Of course, let's place the PEDs aside. Watching McGwire hit during that stretch in the late nineties was absolutely awesome. McGwire swing was mostly upper half with bulging forearms that straight clubbed the ball. McGwire was seriously what a super hero would look like if he played baseball. 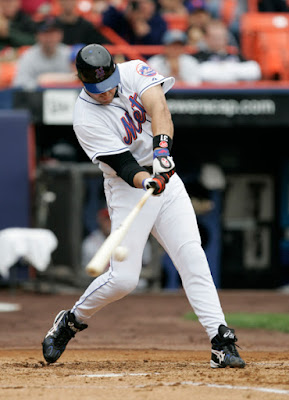 9. Mike Piazza - Another big, raw, powerful guy with tremendous torque. Weirdly, my favorite part was when Piazza really got a hold of one and the bat whipped around and slammed across his back. Dude was fun to watch. 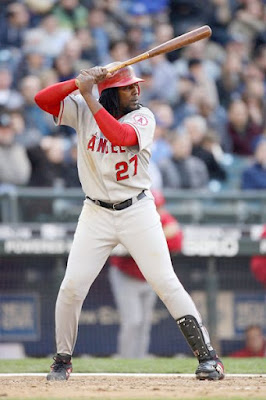 8. Vladmir Guerrero - If it's near the plate, or within the zip code of the plate, Guerrero was swinging! And it always made for an interesting watch. And of course, you just have to love the enormous amounts of pine tar he used during his ABs. 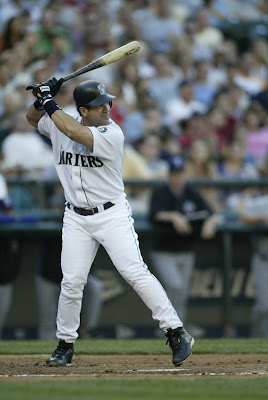 7. Edgar Martinez - I'm saying it now, put the man in the Hall of Fame!!! I'm so tired of some using the DH as a way to punish a guy. Nonetheless, Edgar raked, and had one of the most level swings for a right hander you will ever see. 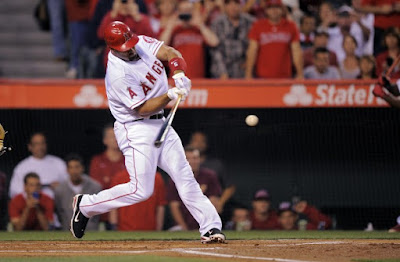 6. Albert Pujols - Speaking of level swings, how about "The Machine"? An all-time great for a reason. Not much else is needed to say here. 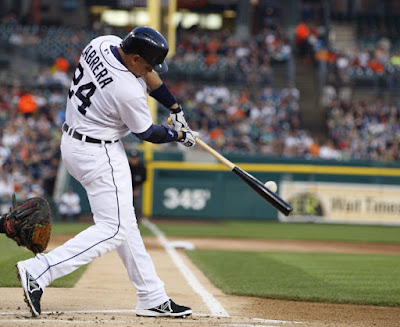 5. Miguel Cabrera - The big fella just makes hitting look so, so, so, so easy. Gap to gap, and line to line. 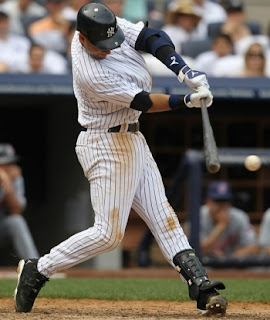 4. Derek Jeter - Ahhhhh, The Captain! Why does it seem like so long ago since he played? Anyway, I can watch Jeter highlights on him taking the ball to right field all day long. A "Jeterian" hit as they say, always a beauty to watch. 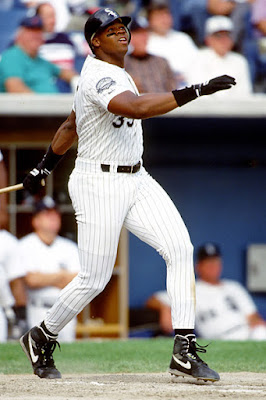 3. Frank Thomas - I'll admit, I may be a bit biased on this one. As a kid I was a big fan of the Big Hurt, mainly because as a taller individual, I was able to identify with him playing baseball. Nonetheless, nothing was better than Thomas' load up and follow through where his bottom hand brought what looked like the force of mother nature herself through the zone. I miss that. 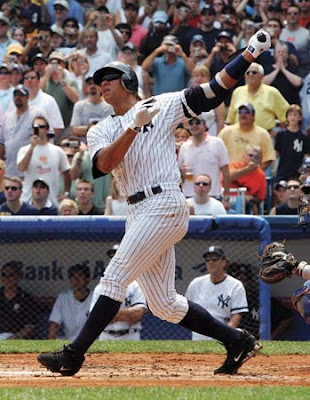 2. Alex Rodriguez - Oh yes, the 2014 DP Page of Famer himself. A-Rod is always a joy to watch hit, especially in his prime. Shhhhhh, I did say forget the PEDs. But on a serious note, from his stance,  the leg kick, his stature, his ability to go the other way for power, and his already lightning rod personality, Rodriguez is in my top 3 of favorite ABs to tune into. 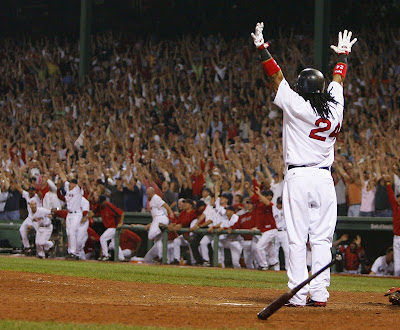 1. Manny Ramirez - Unfortunately, much of watching Ramirez's at-bats were him destroying my Yankees, first in an Indians uniform, then for years as a member of the Red Sox. Ramirez is the best right handed hitter I've seen in my lifetime thus far, and especially, very underrated for his hitting knowledge. Despite the damage he caused, Ramirez was always a joy to watch.