Why I Skipped The Oscars - Again 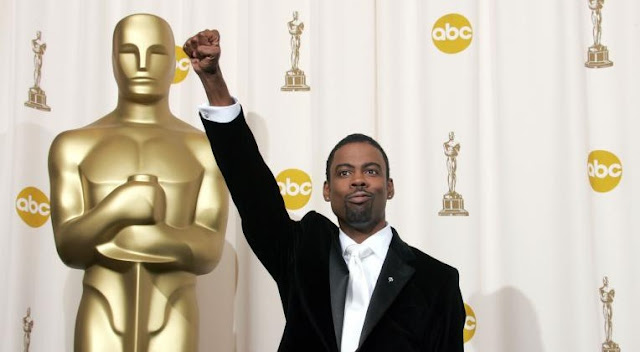 For the fourth year in a row, I did not watch the Oscars. Why? For me the answer is relatively obvious in what has become a growing trend - issues with diversity AND inclusiveness in Hollywood and their biggest event of the year. However, more so, the unquestionable limited opportunity or "select" roles for people of color.

Now there really is no need for me to dive into this as it's been well documented and stated over the past few months. I didn't watch last night's event, and from the latest news of the show having the fewest viewers in eight years, it seems many others didn't as well.

Following the latest Sunday Sundown Rundown where I gave the Oscars a "down", a few of you readers asked for an expanded explanation for my reasoning. For me, it's simple: the show has always been about rich, white, people who celebrate other rich white people. And for me, I just never have been able to get behind that, or at the very least, find myself intrigued enough to support it. In a world where middle-aged- white males are elite and represent just that, the Oscars feels like the biggest event where all middle-aged-white men are honored. It's just me. Just a personal feeling. Being honest and just bloggin'.

This feeling is even stronger when there is an obvious problem that continues year in and year from the Academy as stated and discussed in too many instances.

In regards to this particular show, I found it utterly distasteful to use the issue as a means for viewership or for entertainment. I get it, it's the Oscars and it should be fun. I really do. But making light of the fact isn't funny. It's awkward, insulting, and simply demeaning. And the Stacey Dash attempt at comedy, and the moment perfectly described and captured that.

I don't blame Chris Rock for not protesting, abdicating his duties to host the show, or for even trying to do his best to stay professional and do his best in a very delicate situation. It's extremely tough to host one of the biggest shows of the year while addressing the hugely sensitive elephant in the room that has been growing since January. Yet, once again, from the clips and videos of his opening monologue, it was what I feared, the show attempting to turn #OscarsSoWhite into some sort of trendy entertainment situation rather than the real issue that it is.

Unfortunately, for Rock, the media will spin it to blame him for the eight year low and not the real agenda. You know that's coming.

I won't lie, there was a part of me that wished that Rock would pull a political move and really hammer Hollywood on it's biggest night with a statement by walking out after his opening monologue. It would've have made a damn big statement. But even I wouldn't wish that on anyone else. It's unprofessional, and not the right thing to do.

Regardless, after last night, regardless of ratings, or uncomfortable-ness from everyone of all races, genders, and ethnicities, I don't think Hollywood learned anything. And the worst possible outcome from this year's Oscar's may have become a reality - nothing changed.

In my opinion, that's why it deserved a "down". That's why I skipped the Oscars this year. And this is why I continue to skip the Oscars. Every. Single. Year.