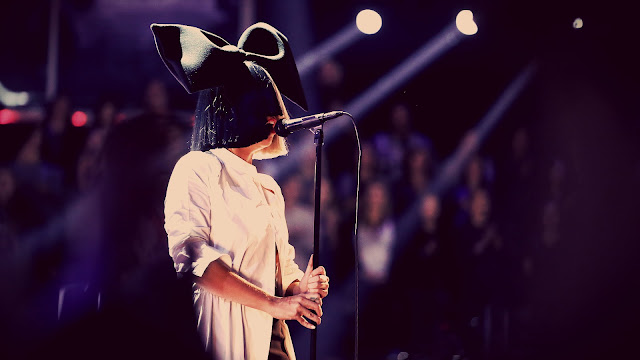 I’ll admit, there was a period – a few months ago - where I became a bit disconnected and upset with the music that was being released. Much of it felt forced, cookie-cutter, and for the most part, unmoving. And this was across the board in so many genres. For me, even as a casual country-listener (this city-kid dabbles a bit ya know), I always felt that genre of music always stayed true to its form with authentic writing – albeit mostly, and annoyingly, about love, alcohol, and pickups trucks – but it was theirs. Not anymore. Country is generic. At times weak, sounding like cheap rip offs of pop music.

I get that things change, and evolve, and new sounds are being produced. I give a lot of credit to Kanye West for this movement. Love the guy or hate him, he is part genius. Unfortunately, he doesn’t need us to tell him. Just check your latest tabloid news.

With all of that said, Sia’s recent album, This is Acting, released back in January, is one that I keep coming back to this year. For some reason, I’m all about it. Really, I am.

For starters, it’s Sia. The woman’s writing speaks for itself as she’s handed lyrics over for some of the best voices to ever lay tracks. In all genres. From all walks of life. Just look it up.

Yet, what got my intrigued for starters was indeed her breakout performance in giving the whole singing thing a try with “Chandelier” in 2014. Even more so is when I heard that this LP was a collection of songs rejected – yes, rejected – by many of the same singers she’s written for, including Adele, Rhianna, and Beyonce.

“I feel like they’re hits nobody wanted. So I said, let’s see, as an experiment, if I’m right."

So she turned rejection into possibly, thus far, my favorite album of the year. The track “Bird Set Free” is obviously an ode to her jumping into the realm of singing her own words. “Cheap Thrills” with its island vibes and the surprise return of Sean Paul, who disappeared from our lives, is now being played on commercial radio and filling the dead silence on road trips this summer. And of course there is my favorite, “Alive”, which masterfully uses the art of the imperfect human voice (screw you auto tune) in a pretty powerful breakdown. Love the scratchy sound. So imperfect that it’s beautiful. Sounds weird, but give it a listen.

This is Acting isn’t the greatest album, but damn, for all of the elements involved – a first time LP at the age of 40, rejected lyrics, and an album without a dud on there, it’s a must listen.