Reaction to Orlando Shooting - When is Enough, Enough? 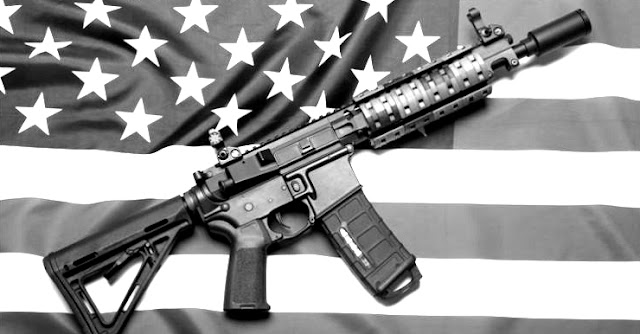 It's days like this where I completely find myself stuck in the midst of many emotions in regards to the evil that is the world we live in, and more precisely, the intentions and operations of this country we call the United States of America.

I have to be honest - as that's all I ever am here on this site - I've run into a emotional road block for this country. Almost like, a certain loss for the prestige and honor I once held for it. I guess it's the constant abuse in the news, my dive into history, and my experiences that has done this.

Just this weekend, Orlando has seen two of these types of attacks and shootings. TWO!

It absolute sucks that we have to deal with more pointless mass violence in this country. Even worse, one of them, the largest of it's kind in our history. The United States of America is a first world, modern, nation, that continuously has more mass killings and public shootings than any other in the world. In the world!

Yet, we sit on this pillar of belief of "patriotism" and all the other symbols of Americana that we gloat about, as if the underlying subtleties don't exist.


In a country built upon militia, by force, and some can make the claim, through human terrorism (See: Native Americans and Slavery), despite the many progressions we have made, issues such as gun control are still ruled by the rich, the wealthy, the powerful, and yes, the privileged white man. And that is still the very core of this country. Whether we like to admit it or not.

And I guess what bothers me the most is that every time these events occur - EVERY. SINGLE. TIME. - everyone will send "thoughts and prayers"; tweet hashtags proclaiming love for the city of victims; change profile pictures to artistic photos representing support; listen to the President make a statement and utter focus to revisit gun control; witness the reply of the opposing political party; stand by as gun control becomes a hot topic of debate for news pundits, and then it eventually all fades away. Until it happens again - sadly. Wash. Rinse. Cycle. Repeat. Aren't we tired of losing our loved ones? Does this country truly hold life at the utmost importance?

Also, regarding the talking pundits, if I may, can we stop giving our forefathers so much credit for the 2nd Amendement? These were the same folks who allowed slavery, and also once proclaimed black people to be three-fifths of a person. But I digress...

Despite the progress that has been made, at the end of the day, money, power, and influence still rules over compassion and love in the United States, and that still belongs to a group who have never lost these advantages since the dawn of this country.

And sadly, there is a part of me that hates to accept the fact that guns are more representative of America, by America, and engrained in all that is Americana than apple pie, baseball, pickup trucks, and all of the other idealism we place on the forefront of our culture. This applies from the good ol' boys of 'Murica and guns, to these mass shootings, to the pointless killings by and of minorities going on in inner cities across America.

I really believed Sandy Hook was the straw that broke the Camel's back on this issue. I believed gun violence will no longer be something wrapped in a filter of religion, hate crimes, radicalization ideals, or poverty, but that of focusing on simply what's best for our country, and towards reaching a compromise  that regulates guns, while still providing the liberty of carrying a concealed weapon, ultimately with the end goal of safety for everyone.

However, somehow, as a nation we were able to stomach the slaughtering of children with no legislative response, or no dent in the mega armor that is the NRA. So yes, forgive me if I've lost faith a bit in our system, in our nation, and how I view Old Glory these days.

I truly feel for the families of the victims involved, and for the city of Orlando as these events can truly shake people with the intent of it's purpose - fear. I know it has done so to myself. But, it has also furthered my anger and disappointment on how we as Americans are handling this issue.

At some point, these shootings have to stop. One after the other, it's just too much. When do we truly stand up, as one nation, with justice for all, and say, enough is enough?