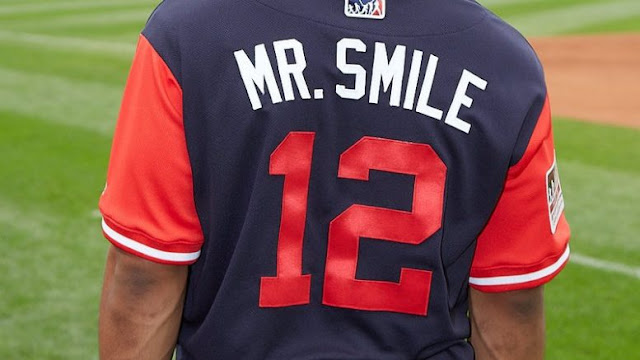 I love everything about MLB Player's Weekend. From the moment it was rumored way back over the winter, I have been anticipating the announcements of what I feel is baseball finally - FINALLY - looking to modernize itself. Well, at least just a bit. Baby steps.

While I love MLB Uniforms and the tradition that comes with them, I do get annoyed with the over-abundance and wacky uniforms we see from the NBA. With that said, I like the idea of keeping this to one weekend. Where it becomes sort of a spectacle. And it is thus far.

Ultimately, I like that players are getting more say so in changing the antequated mentality that baseball currently has here in the States. Regardless, I'm sure most have seen the names, the uniforms and the gear. Here are my thoughts on the ones that caught my eye:

Hold on. Before I do that, it wouldn't be right if the sports manager in me didn't give credit to where it's due for this idea - thank you, Vincent Kennedy McMahon! Sports purists laughed at your idea in attempting to brand the XFL with nicknamed athletes, and look at where we are today. 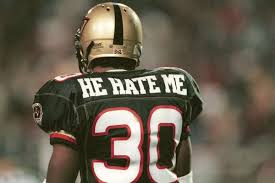 First, the hats. And quite honestly, there are plenty of duds among the 30. 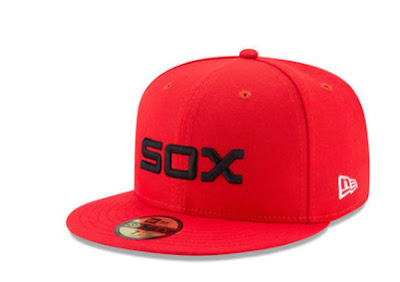 The White Sox hat is a actually nice. It'll forever be weird to me that a team named the White Sox do not wear their name sake, and have gear with red and black. Eh, but such is life. 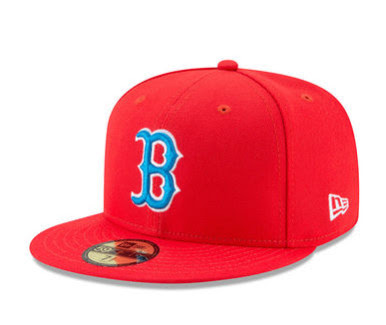 Again, much like the early renditions of the holiday hats now seen in the game, Players Weekend is giving us things like this - I just don't see many Red Sox fans getting these. Even this Yankees fan will say, Sox Nation deserves better. 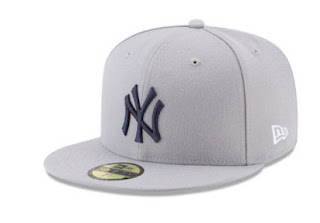 I'm also super weird when it comes to the Yankees. No, I'm not one of those people freaking out over the uniforms and the-oh-my-gosh-they're-not-wearing-pinstripes hysteria. But I will say, anything but the midnight blue and white hats are like...what is that?

These are decent. I am more receiving to the Yankees Spring Training hats than these though. 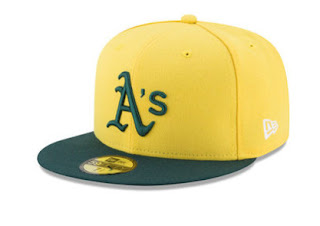 The second-best hat in my opinion, are these gems for the Athletics. The color scheme works well because the A's already have bright colors in their scheme. These are dope. 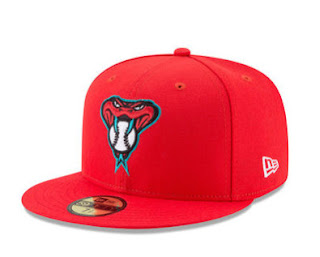 I applaud the Diamondbacks in their continued efforts to be proactive in the baseball uniform spectrum (though, those graphics on the pants last year were too far - glad they corrected them). Their current uniforms are cool and trendy. I still prefer the old purple and teal pinstriped vests look, though.

With a cool logo to work with, these have a sort-of cool minor-league baseball feel to them - in a good way. 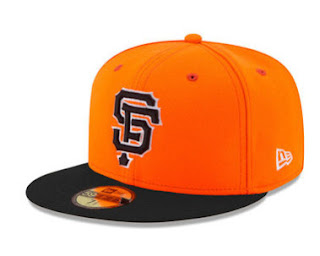 As a traditional team, the Gigantes have been experimenting away from the cream home whites and traditional road grays for a while. This hat can be added as it's a great look that works well. 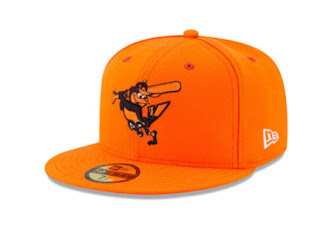 I love cartoon images on hats. Weird, I know. Just wait until you to see my favorite hat. But O's fans have more cool hats they can acquire. This is another. 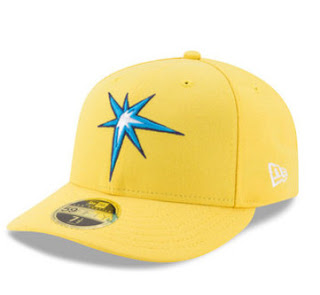 Okay, this one I originally thought was some hat from the bargain bin while you wait online at your local retail store. You know, the extremely generic baseball hat for the non-sport loving Dad.

But the longer I looked at it, as well as the jersey for the Rays, it has this super-geeky comic book vibe that oddly grew on me. In a weird way, it gives the Rays personality. 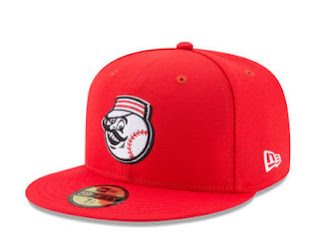 And finally, my absolute favorite. A cool mascot, with a simple color scheme, with easy recognition. I'm convinced who ever designed these uniforms were Reds fans. Their jerseys are super cool as well.

Now for the jerseys: 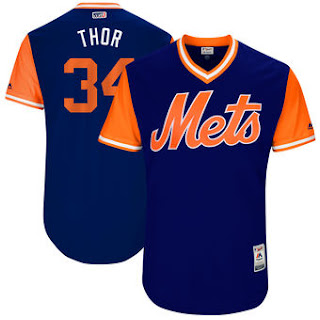 Sure, the team made some questionable management decisions recently (what else is new?), but fear not Mets fans, your Players Weekend jerseys are dope!! It's a great color scheme and a great look. 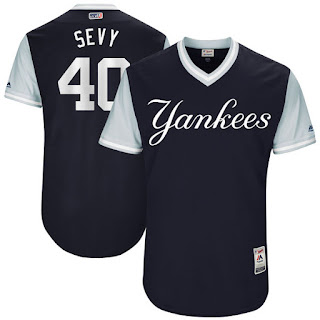 For reals, this gimmick impacts the Yankees more than any other team. They could have done so much worst for venturing into this new world in baseball.

The Yankee script logo is a nice touch to differentiate it, much better than forcing the historic and famed interlocking "NY" into the design which probably would anger some fans even more.

Getting over the hoopla, these are pretty cool. 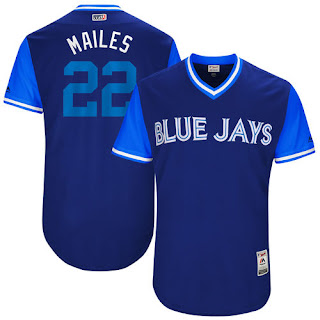 With this design, color scheme and font, are the Blue Jays ever NOT looking good on the field. Makes you wonder why they EVER changed a years ago. Come Players Weekend, Blue Jays will be styling - as always. 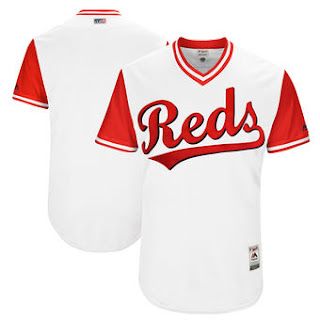 Again, game over - Reds are killing it with these new looks. 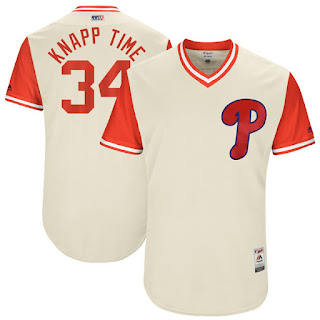 And my favorite jerseys are the Phillies. These threads are SWEET! Love the usage of the Philly "P" on the left breast, and the minimal blue stroke of  the font helps it pop. 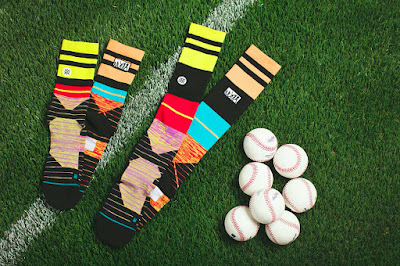 I'm giving these an incomplete until I see them WITH the uniforms. I'm not crazy about them as they look more fashionable in making a statement in your business attire than on the diamond. We'll see...

And of course, as always, I'm looking forward to the footwear and cleats everyone breaks out. I'll be geeking out all weekend. 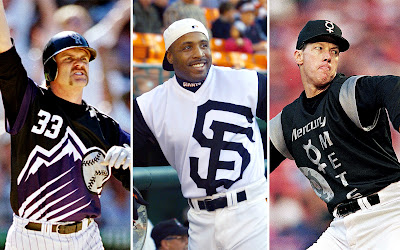 Again, so excited for Players Weekend.