Yes, I Adopted a Dog 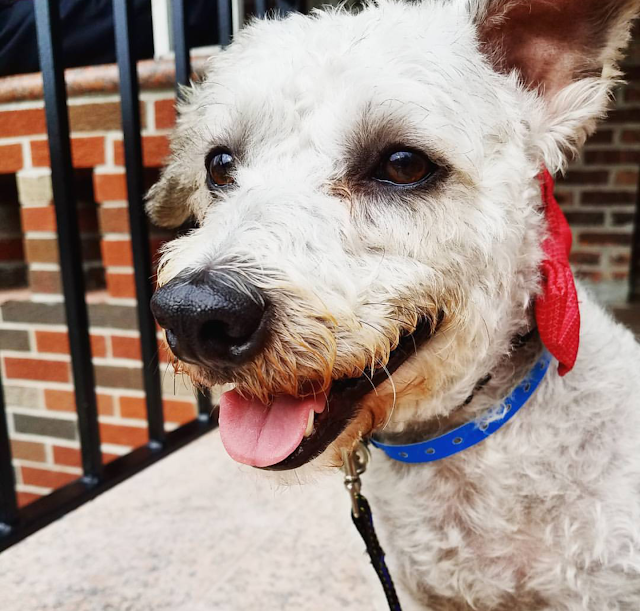 So, I adopted a dog.

Yes, me. The kid from Brooklyn who was once terrified (and in some ways, still am) of the species. The same kid who once ran so fast, the puddering sounds of steps might have been non-existent from never really touching the cement of Brooklyn's holy sidewalks, as a loose Pitbull chased me down a Canarsie neighborhood street. Legend has it, I never hit that speed ever again. Probably true.

Yes, me. I adopted a dog and came to peace with my fear of dogs. Who said you can't evolve in life?

And oh yeah, a dropped book bag and some nifty high stepping onto a later-to-be-upset person's minivan, I escaped that Pitbull - or really, rendered myself uncatchable on a literal island.


It's been a truly odd summer for yours truly. The kind of summer I haven't been able to really wrap my mind around as of yet. It's August, I know, but believe me when I say, my life really has been flipped upside down. Some life changing stuff - good, bad, and permanently heart wrenching. While in the midst of understanding it all, is my new dog, Zoro.

Zoro is a poodle/schnauzer mix, originally from Texas ('cause you know, Texas forever), who now resides in Brooklyn, NY. And yes, you know I've done his in-ring introduction in my head already. Hailing from Parts Unknown in Texas, by way of Brooklyn, Neeeeeeeeeew York! Zooooooorooooo!

But seriously, named after my father who bears the same nickname from his days in the islands, I guess it was my way of honoring the man who was. If you're reading the DP for the first time, my father has early dementia. Some days, the fact that it's described as "early" is pretty worrisome considering his mental health. It's a constant mental grind on my part (ironic, huh?) just to accept and quickly move beyond it. As you can imagine, it prepares you mentally in a big way and shows you immense patience. It sure as hell equips you to lead like you've never done before.

Thus, I adopted the dog for my parents. Yes, the dog is mine, it's in my name, and to be honest, I love the damn thing already tremendously. I can't even imagine what that very version of myself who stood atop a minivan with a wild barking Pitbull jumping, hollering, and reaching below would say to the current version of myself rolling around playfully and talking in awkward speech cadences to a dog. But such is life.

Nonetheless, I adopted the dog for my parents - for them them to keep (stay) active, and to give my dad some companionship (and some active responsibility) during these years of his life.

And truthfully, for me, there is some weird synergy of starting a new chapter in having a dog that bears his nickname, and being able to hopefully grow over the next few years together.

It's been a tremendously weird summer. Some day I'll get a hold of it, understand it, and lay it all out here. But for now, I'm continuing to make my way through 2017.

It's only August, and well, I own a dog. And quite frankly, I love it. Zoro is the absolute best.

Yup, it's been that kind of change.