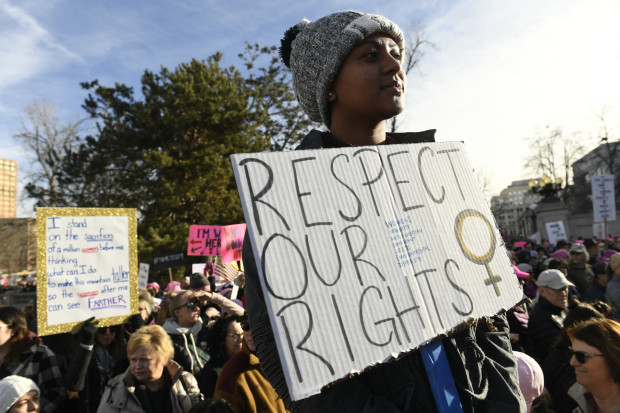 1. Women's March - I'm happy to see this movement wasn't just a reactionary thing to last year's happenings, but one that continues to move forward. It's a continue reminder that the fight for equality for us all is still ongoing.

2. Aly Raisman - Raisman stood up land et the world know what was done to her and how corrupt USA gymnastics currently is. She really left it all out there, and it was quite eyebrow raising. It was also just as sickening to hear what has been going on, and what has been covered up.

3. Tom Brady and the Patriots - Give the man his due. Brady is 40 years old and still winning. I don't care for the Super Bowl all that much anymore, but I recognize and respect the greatness. It's a once-in-a-generation deal, and I appreciate it.

1. Government Shutdown - Ugh. Come on...I don't care whose fault it is, this is a disaster.

2. Deportation of Jorge Garcia - Look, I'm going to say something I'm sure will divide those of you who read this, but so it goes - the deportation of Garcia is heartless and saddening. I'm all for making sure immigrants are contributing, but giving them no access (or limited access) to citizenship and sending them back, despite being brought here as a child is classic American politics. And of course, more of the same in removing people of color from the country.

1. Fake News Awards - I give the President his due, and though they were indeed rather ridiculous (in truth, facts, stature, and overall necessity), the idea was rather funny. I'll admit, I laughed. The President uses such classic pro wrestling heel tactics at times, it's quite humorous. The worst part of all of this was seeing Sean Hannity yuck it up like it was the funniest thing he ever saw. It wasn't THAT funny, Sean. Settle down.