Wrestling's Next Big Era - Don't Insult Your Fan Base 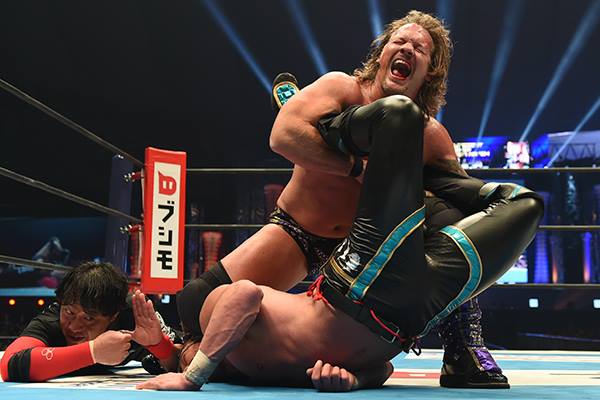 I think we have found the new phase (and craze) in professional wrestling. And it's a simple one - in-ring wrestling. That sounds pretty obvious, but the product that New Japan Pro Wrestling is offering is now setting the tone of excellence within the industry, and this fan - a long time supporter of NJPW's style - is very invested.

As stated in previous posts, 2017 was a rough year of pro wrestling, well again, for me it was. Most products here in the states felt blah - or just insulting. And quite frankly, that's the best part of NJPW - that it isn't insulting. It doesn't need to alienate it's fans with over-the-top presentations, or even, rehashing styles and philosophies from the past (ala Attitude Era, ECW, etc...) like the way some American fans attempt to do. Everything in New Japan just feels organic and dare I say - wrestling just feels fun once again.

But for most pro wrestling fans, these thoughts and feelings aren't a surprise to read. NJPW is dope. NJPW is absolutely rewarding. Every event leaves you completely satisfied and just amazed in the effort you just saw.


I just spent five hours on a snow day (thanks #bombcyclone) watching Wrestling Kingdom 12. And it was absolutely awesome. And not once did I feel like it was a chore the way it sometimes does on a WWE Sunday. Or the torture that Raw can sometimes be.

In an era where there are now SO many options for professional wrestling, the industry kind of fell into this place where differentiating your product in the market place was difficult. Combine this with the changing accessibility of products (Who needs TV?), and the pro wrestling game was on the teeter of a huge break through. But, what that breakthrough was still yet to be determined.

NJPW might just be that new wave. That new breakthrough. That new hot thing in the industry.

How ironic? Considering the language barriers and the foreign wrestlers, two things the industry leader in the WWE has traditionally ignored throughout it's history.

But in this new world of professional wrestling, we are now seeing that having an online presence is essential, that a career outside of the WWE is viable and lucrative (at times, even more so), and the most important thing - that in-ring action is now super-imperative to the survival of a company. Not just good matches, but the bar is set so incredibly high, that the quality of a company's in-ring work is the number one determining factor to which fans are interested in.

Again, all you need to do is look at what Kenny Omega and Kazuchika Okada pulled off in 2017 to springboard this phenomenon toward's the next less-fanatic level of pro wrestling fans. It's absolutely incredible.

But as stated above, New Japan carries a specific no non-sense, non-insulting characteristic vibe to it that you don't get much here in the states. And what New Japan has built up over the years with hardcore fans, which is now carrying over into prospective Western (and even casual) fans is a trust in the product. An overwhelming trust that no matter how much, or how long, you will get our very best, and we value YOU. That's it's best characteristic as a pro wrestling company. That's why it is so damn hot right now.

And quite frankly, in an era where I truly believe some American companies take their pro wrestling fans for granted, it's refreshing to be given a budding product that doesn't.