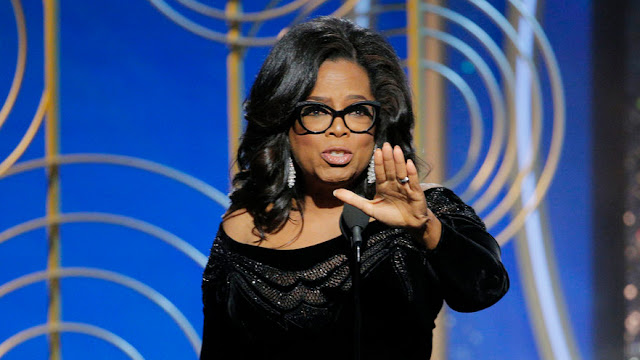 1. Wrestle Kingdom 12 - The annual January 4th wrestling show from Japan was once again awesome. From top to bottom, the card delivered and set the bar extremely high for the rest of the industry to follow in 2018.

2. Oprah Golden Globes Speech - It was interesting to watch Hollywood deal with the demons of their industry which were revealed this past year. At some point, some of the comments felt a bit forced, but Oprah in all of her Oprah-ish glory deliver the speech of the night calling for transformation and gender equality. She killed it, as Oprah does.

3. Sterling K. Brown - Brown made history tonight becoming the first black actor to win lead actor drama category. On top of that, Brown's speech about intentional black characters being written for was authentic, and one that resonated greatly.

2. Steve Bannon vs. Donald Trump - Look, who cares? The Left grasping at the bits now, almost in this weird hoping-for-anything-on-Trump attitude, is almost turning Bannon into some sympathetic figure. As for Trump, he's fired yet another person he originally hired. I'm over it. I wish our President spent less time with pointless frivolous fueds, and more on actually doing things for the country.

3. Oprah 2020 - Look, Seth Myers joked about it. And some cosigned in a semi-joking manner. But come on, we DO NOT need to go down a road where Oprah is President. Look what we're currently dealing with.