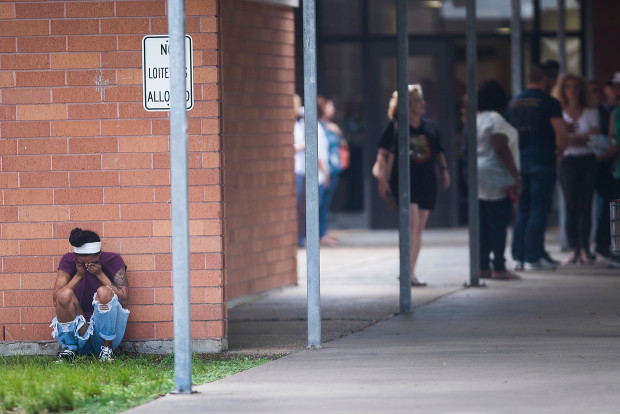 It was too similar to Columbine for me. I still remember as a 13 year old staying home from school sick, then suddenly finding my being sobering up on all illnesses watching in horror that unfolded in Colorado.

Yesterday, I was home from work, and thus did the same thing. Glued to the couch. Flipping between channels. Refreshing my Twitter feed. Trying to find out details in horror. Once again shocked, angered, frustrated, and saddened.

We now live in an America where 22 school shootings have occurred in 2018 - a calendar year still young in it's existence. Seriously, let that sink in. And if it take a moment to wrap your head around it, that's because its absurd, and it's also so engrained in our culture, in our everyday realm of societal possibility. School shootings? Wow - unbelievable.


I'm not even sure how to respond to these events anymore, because they've become so frequent, so common, so desensitizing, so filled with stratified emotions for these kind of happenings. Really, these events have become tiring. It's so tiring, I'm tired of sharing words on how tiring it all is.

But again, here we are.

And every single time, my heart goes out to the parents of the those students who died and the loved ones of the fallen admin who will sadly be quickly forgotten for their heroism. These towns, once defined by the smallness and anonymity it once possessed, now forever marred as the many others who have gone through this horror - Columbine, Sandy Hook, Parkland, Sante Fe...just to name a few.

And while the gun debate continues to spin it's wheels in the mud that is politics and the classic white privilege that protects this outdated policy, my own High School experiences come flooding back to the fore front.

every single time there’s a mass shooting i hold my breath & hope the shooter isn’t black or brown knowing how it would be projected onto an entire community & that no matter how many white mass shooters there continue to be white people will never have to carry that kind of fear
— Clint Smith (@ClintSmithIII) May 18, 2018

As a child in Brooklyn, NY, I went through metal detectors and screening EVERYDAY. Now back then, in the late 90's, this was considered a staple and an easy giveaway for a "dangerous" school, and my high school was, for various reasons. "School shootings" weren't the primary concern. Regardless, I can vouch that something that was so common to my H.S. experience, isn't all that inconvenient as many may make it seem. Quite frankly, it serves as the quickest solution in a society where such processes are common (ie. Stadiums, Airports, etc...).

Don't get me wrong, the immediate outcry for more officers at schools, restructuring the layout of High School buildings, and even, the addition of having teachers carry are still - in my book, silly answers. There isn't any way getting around that. Those are solutions based on now addressing the issue. 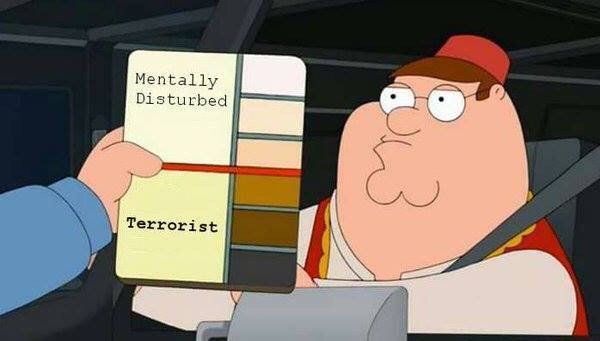 And for the record, it's time we begin calling these occurrences what they are - terrorism. And yes, the shooters are terrorists. It's way too overdone and quite typical that we constantly bring up "mental illness" theories whenever the victims - typically white males - are the victims. If this person were any shade of color - and can you imagine if they were of any Arab descent or of the Muslim faith? - we would very much be discussing immigration reform and the idea of building a wall on the southern border - which still sounds as silly to me as the first day it was raised by our now President.

But again, here we are. Dealing with more lost children. Shaking our heads at the frequency of these occurrences. And of course, frustrated with the ineptitude and hypocrisy (this goes out to you, Ted Cruz!) of those in political power.

Nothing else can wrap up my feeling better than this interview and the response from Paige, a survivor of the shooting:

"It's been happening everywhere. I've always kind of felt like eventually it was going to happen here too." pic.twitter.com/Fgtg3YvEBm
— Media Matters (@mmfa) May 18, 2018