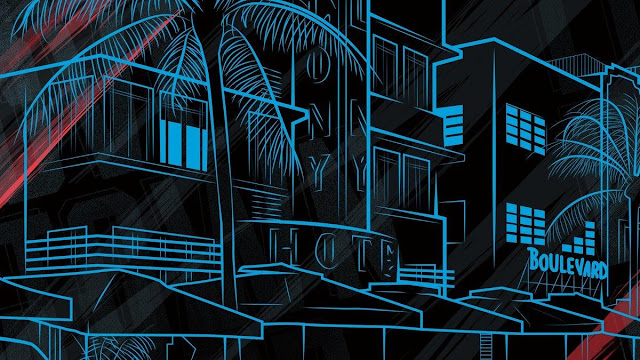 Call me crazy, but I really do believe in the Miami Marlins under Derek Jeter. Maybe it's just the 90's baby-Yankee fan in me, but I just don't see Jeter ever losing. Ever. In fact, the many who were so quick to jump the gun on his team taking over the franchise don't understand just how terribly run the Marlins have been operated prior to his taking over. Or really, don't truly understand how sports from a business perspective works.

Regardless, after his rookie season as an owner, the changes are now pouring in. From embracing the city, to organization changes such as all players learning Spanish (so awesome!), the Marlins are going to be interesting moving forward. And now, we get a new design, new stadium upgrades, and new uniforms!

Good bye to the horrific-ness that was the previous look... 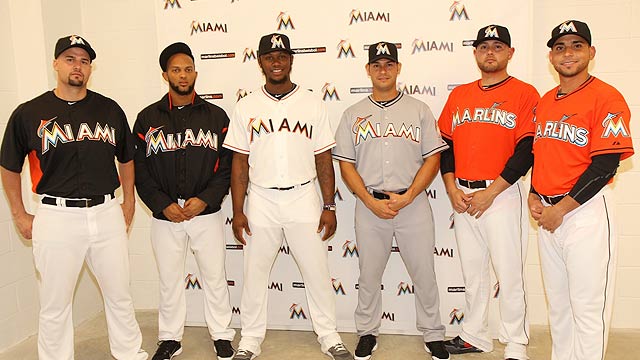 The "M" on those hats haunt me EVERYTIME I see them. Why is it so big? And those orange jerseys need to go - and take Marlins Man with it! But I digress...

Wait! Before we dive into the new threads, can we also give a round of applause to Jetes for the makeover that Marlins Park is getting. I've been to Marlins Park (for the World Baseball Classic) and just like I said in my review of the place - it's definitely the fixer upper stadium of MLB. It has tremendous bones and potential, just the wrong look.

Well, kudos to Jetes for moving that hideous art sculpture outside (sorry Miami public) and soon, getting rid of that AWFUL bright green.

Right away, I love the new colors on the makeover! The color palette is wayyyyyyy more "Miami" than the look they are moving away from (obviously, I was never a fan). The logo is pretty fresh, and it really captures the city night life of the town.

Also, #DiversityAlert - I love the #OurColores campaign! No other team in baseball (maybe even North American sports?) has such a campaign built around Spanish and embracing such culture. 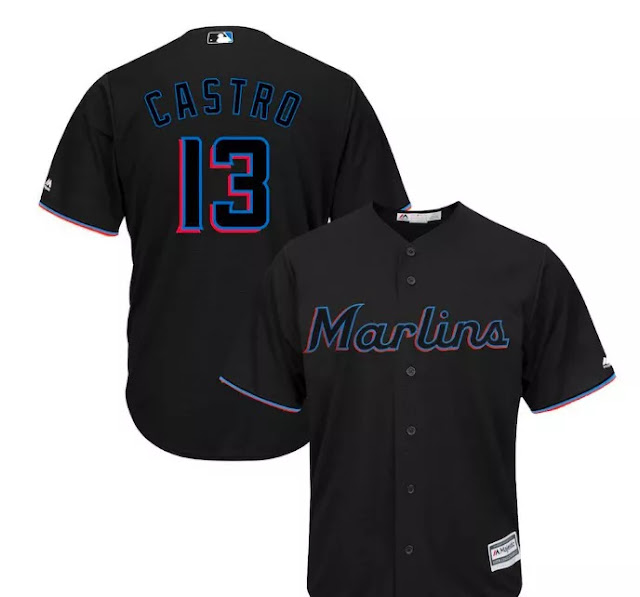 I am just not feeling the black alternate jerseys. It just reminds me of the late 90's when EVERY sports team decided they wanted to add black to their color palette - and then forced it into their image regardless of the end result - or really, if it worked. Black was cool (and it still is), but itakes some delicacy in its presentation.

I know they're relying on the outline to be the driving visual for the overall feel of the rebrand (more on this later), but these jerseys just look like it will be difficult to make out clearly when you're at the ballpark. 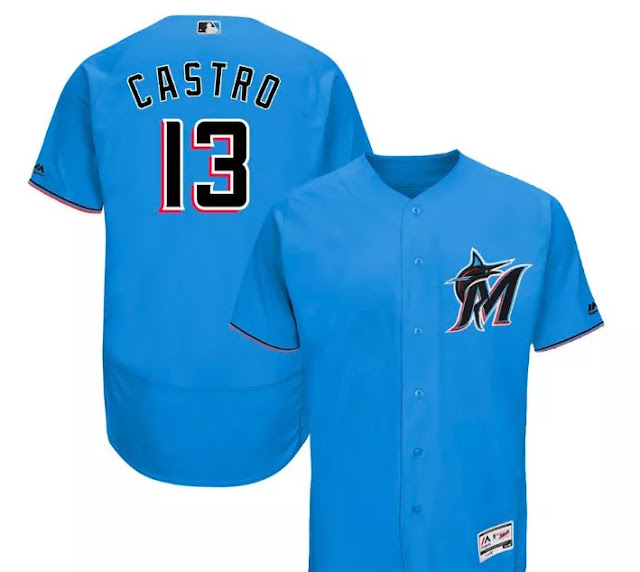 I'm not sure if the pocket logo was an instinctual hold over deep inside of the soul of Jeter during this process, but it's definitely a good look.

Mainly, the switch to bright blue as the primary color is a nice touch. The fill on all imagery and numbers makes this jersey - which is an issue I have with the overall logo - already one of the best in baseball. More on that later. It's extremely hard to mess up home-whites in baseball. These are simply classic and all of the colors nicely pop off of the white. An interesting note though is that "Miami" is across the chest on both the home and road jerseys. A VERY different look (and message) going on here. That's pretty cool.


All of our work and hustle is for the city across our chest. #OurColores pic.twitter.com/xFlzCJKPCj
— Miami Marlins (@Marlins) November 16, 2018


I DON'T KNOW ABOUT THAT 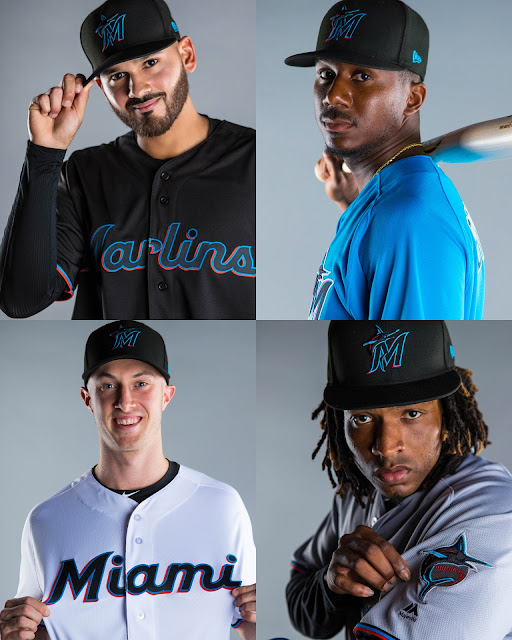 What really bothers me about the new look and concept is the lack of FILL (much like the black alternate jerseys) in the overall logo, especially on the hat. The "M" has no fill and essentially relies on the outline to drive the image. This just looks well, very lackluster for a baseball hat - which is probably the most casual and pop culture connection from the game.

If the "M" was white, especially for the home jerseys, I just think it would have a much more advanced and clean look.

However, it should be said, the logo is fire. Best one the franchise has ever had.

Regardless, well done! Much like the stadium, there is sooooo much potential with the Marlins organization, and this rebrand is hopefully, just the beginning of connecting not only their community to the team, but truly giving them an identity that represents the culture of the city.