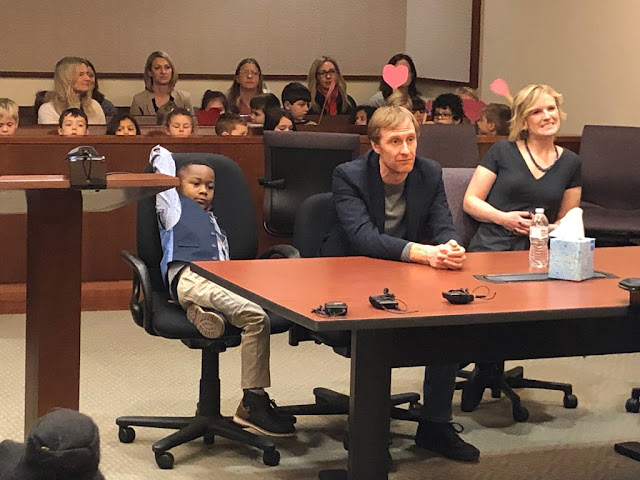 1. Kindergarten Invite to Court - This is probably one of the most adorable things that I've ever seen. A little boy, in court to be adopted by his new parents, brought his Kindergarten classmates to testify on his behalf. He also had them there for support. Just another reminder of how pure and awesome the human heart an be.

2. Acts of Kindness - A school in Ireland has decided to skip homework for the month of December, instead replacing the assignments with daily acts of kindness for each student. What a fantastic gesture for the Christmas season.

3. Winter Meetings - With the Knicks season in the toilet (more on that in a bit), it is nice to have baseball discussions back to the forefront of the sports world.

1. Pensacola Shooting - It's become very tiring discussing all of these mass shootings, especially one that now strikes a different scene in a Naval Air Station. At what point do we make a serious change around this topic? Until then, we'll continue to have broken hearts in thinking of those who lost their lives so senselessly.

2. Immigration Custody - Look, I won't get into immigration reform, or even, on taking sides regarding the immigration debate. What I will say is this, regardless of your viewpoint on the border situation, the mere fact that a 16 year-old boy died on the floor on one of these cages - in the custody of our own - is rather shameful.

3. New York Knicks - For some reason, this franchise believes have yet another head coach is going to fix this mess. Ugh...