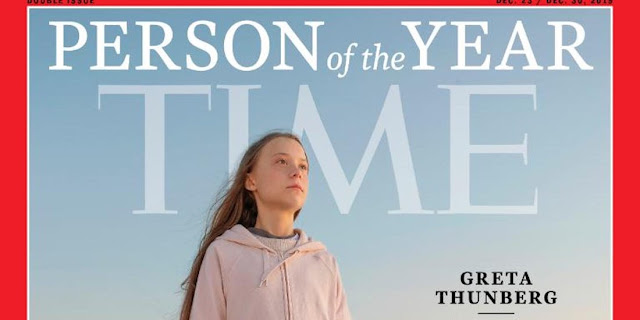 1. Greta Thunberg - Kudos to Greta on earning the TIME Person of the Year. Not only is she the youngest person to earn the award, but let's be honest, Greta is a bad ass. And you have to respect her activism within the climate change discussion.

2. Scott Boras - Say what you want about Scott Boras, but he just negotiated upwards of $1B in MLB contract this week. The dude has built a serious empire in the agency game, and it's flexing it's muscles right now.

1. Barnard Student Stabbing - What a sad story. It's heartbreaking on so many levels. A talented young adult gone for a senseless crime. And a fourteen year old, the murder suspect. Where are we now in society?

2. Minor League Baseball - What an unfortunate situation happening with Minor League Baseball. Unfortunately (and as always), it's such a complex situation that ultimately derives from years of status quo from the game and culture of baseball. Something is going to give here, and regardless of what it is, it won't be easily viewed by the public.

3. Hallmark Channel - SMH. One minute they ban a same-sex marriage ad. Then, after backlash, they turn around and accept it. Either you have a moral compass about this, or not. Either way you attempted to do it in secret, got busted, and didn't have the guts to stay with it. All around - disaster.

1. President Impeached - This upcoming week should be VERY interesting.