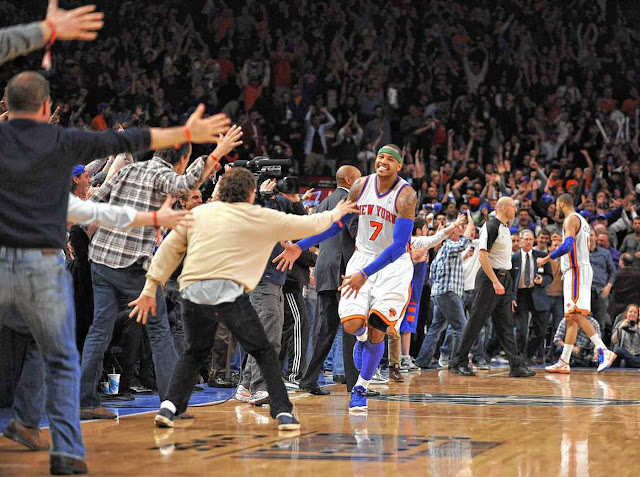 Well this is going to be extremely difficult. How does one come up with an All-Decade team for a franchise that has been dreadful for the past twenty years? You've all seen the rants and raves on my beloved New York Knicks right here on this tiny slice of the internet. And I'm sure it's easy to sympathize for those who are stuck with this vicious commitment they just can't shake.

Nonetheless, we're going to do it. Just like I did for my New York Yankees (which was vastly easier to do), I will do as well for the Knicks. So here goes. See below for my All-Decade Team for the New York Knicks, with the added twist of ranking each of them by importance and contribution.

This is going to hurt... 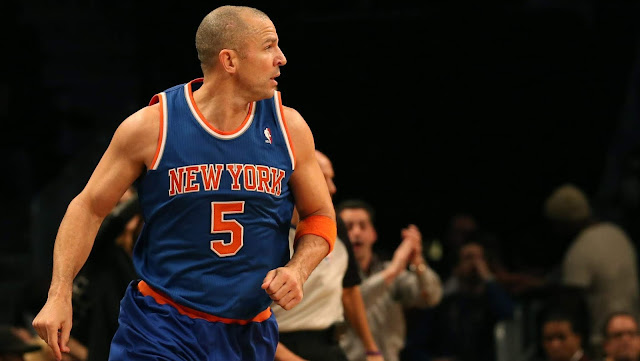 10. Jason Kidd (Bench) - Ugh. I despised watching Kidd as a Net go to the finals and enjoy success while the Knicks began to fall on their face. Oddly, and in a very Knick-ish way, we managed to get Kidd at age 40, and of course, he leads us to our own successful season in forever. One year as a Knick, and he makes this team. Ugh. I guess, once a Knick, always a Knick - whatevs. 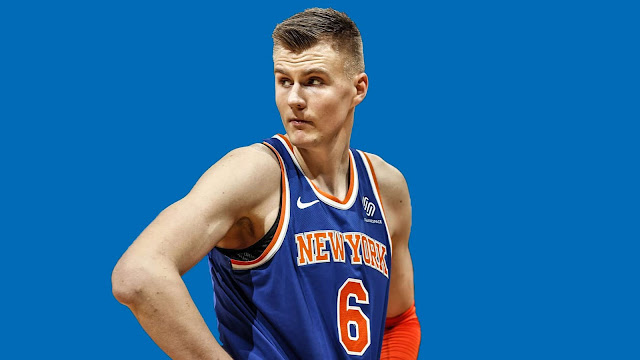 9. Kristaps Porzingis (Bench) - This just hurts. You know the deal here. Moving on. 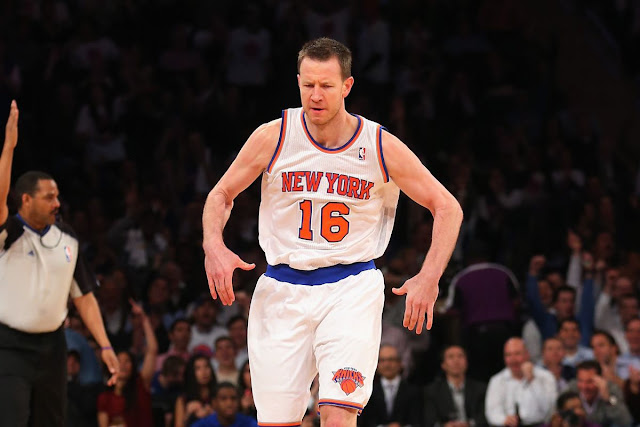 8. Steve Novak (Bench) - Novak was fun. So much fun. And also, the best pure shooter we've had since probably Allan Houston (44.5% from beyond the three-point line). He couldn't play a lick of defense, but then again, over the past ten years, who did? 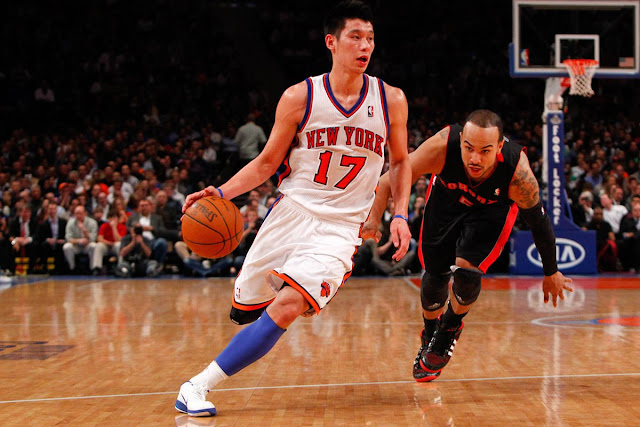 7. Jeremy Lin (Bench) - Oh Linsanity. Sigh. Easily my favorite time as a Knicks fan this decade. Everything about those two weeks were just...just...magical. Two weeks of happiness within 10 years is normal, right? 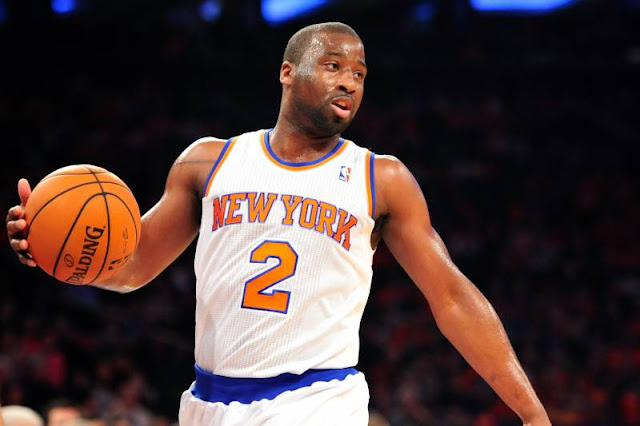 6. Raymond Felton (Point Guard) - I always thought he was underrated. And quite frankly, I sometimes wish we could go back in time and NOT pull the trigger on the Melo deal. I know...Melo was an exceptional talent, but that 10-11 team really had some fun chemistry. Besides Chauncey Billups who had a cup of coffee with is, Felton was the best point guard this decade. 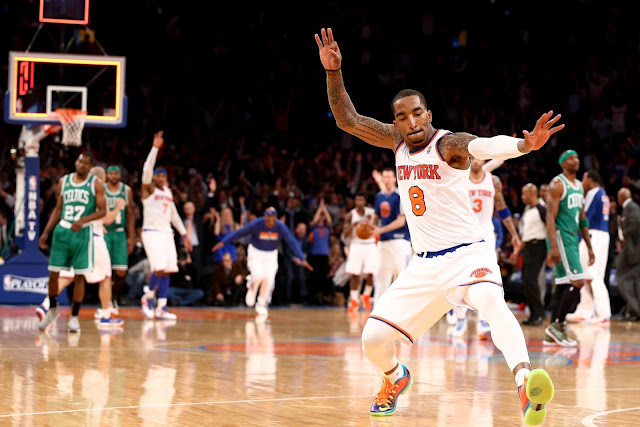 5. JR Smith (Shooting Guard) - He's a knuckle head, but during his time as a Knick, JR Smith earned a sixth-man award, and really had some cool moments. Also, during a decade of AWFUL two-guards, he's easily the cream of the crop. 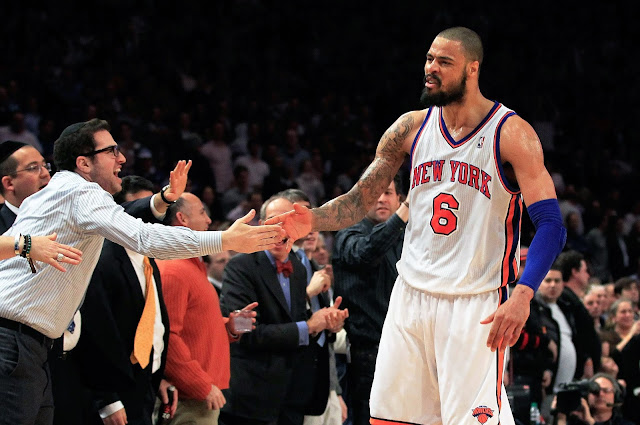 4. Tyson Chandler (Center) - Loved Tyson Chandler and his grit. His famous swatting of basketballs coming off the rim back out to his teammates (counted as rebounds, too!) were in a way, very bad ass. As always, for some reason, we couldn't put it together enough times while Chandler was on the roster. 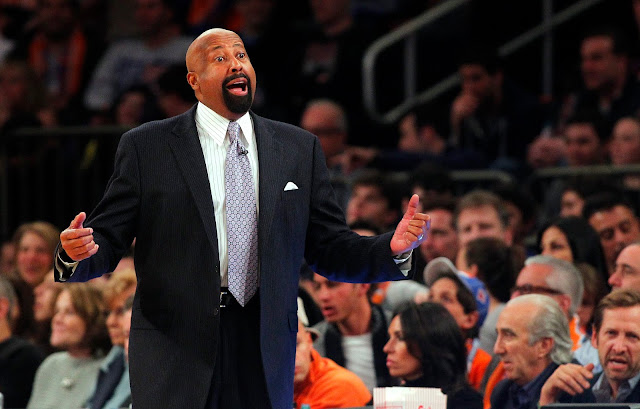 3. Mike Woodson (Coach) - Again, in a long line of lame duck coaches, Woodson easily had the most success during his tenure with the Knicks. He actually had a winning record! So of course, we fired him. Thanks, Phil Jackson. 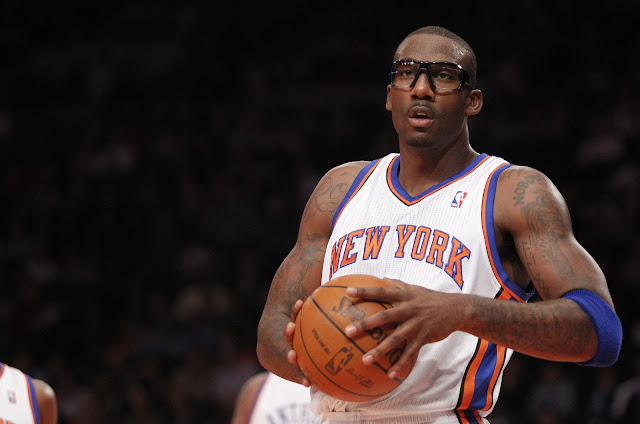 2. Amar'e Stoudemire (Power Forward) - I'll always have a place in my heart for big STAT. Sure, the guaranteed five years helped get him here, but he wanted New York, and he was the first to take it on after the first decade of lousiness. STAT gave us two solid prime years he had left in the tank, including that first year where he was in the running for NBA MVP. It all just seems so long ago. 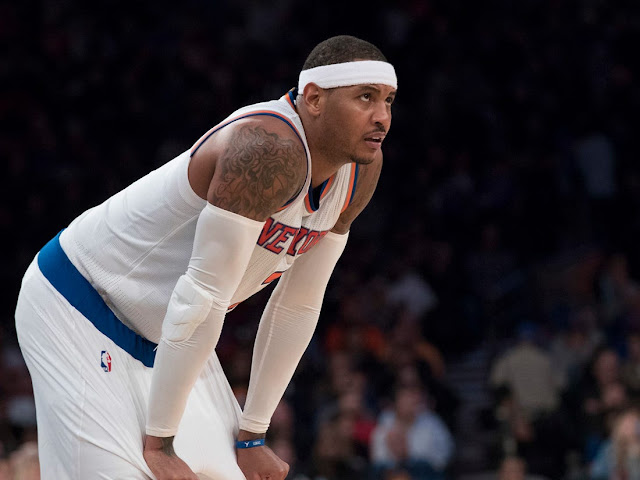 1. Carmelo Anthony (Small Forward) - Easily in the number one spot is Melo. His time here was star-crossed, but much like Stoudemire, Melo wanted New York. And I'll always give him the benefit of the doubt because of that very sentiment. Unfortunately, it just never panned out. Much like everything else this decade. 2020 can't come soon enough.