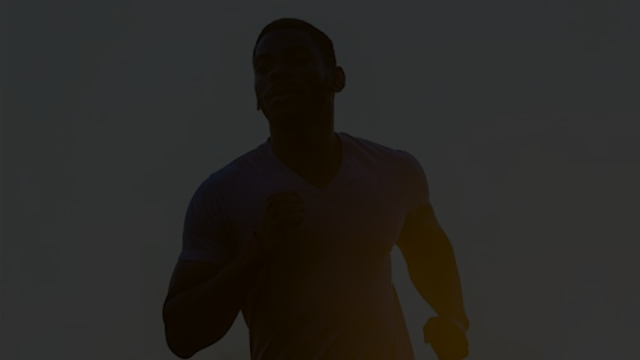 The video was just another notch to the mental file that is overflowing with images, scenery, and experiences for people of color in this country.

And despite the common thread and the consistent reminder of a country rooted in its racism, one which currently is MAGA-ing its way into another evolution of the same or similar ideals, it still hurts. It still troubles. It still bothers.

While the world continues to serve us a helping of COVID and the ramifications, the worries, and the sleepless nights of concern that come with it - this file, this constant ever existence of wearing darker skin or even fitting the image of what others consume as fear, continues.

In a world that is completely shut down. Where even awful tragedies of the kinds such as mass shootings have ceased - this awful, cruel, vile thing called racism, that festers at the roots of Americanism, still breaks through. Whether it be the killing of another young black boy. Or, disproportionately enforcing basic measures in black and brown communities - it just doesn't stop. 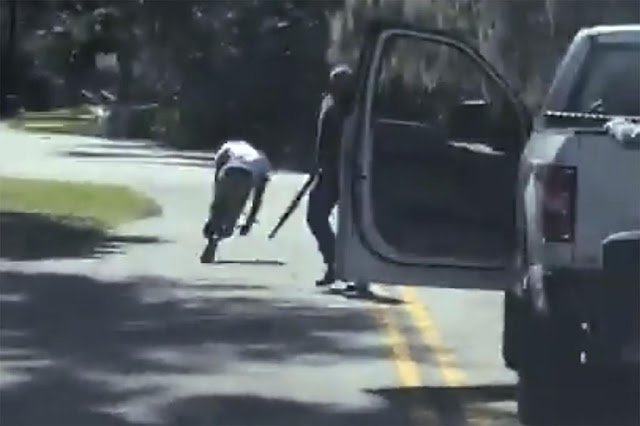 I honestly don't know how to feel beyond the usual rage about the murder of Ahmaud Arbery beyond the usual disappointment and fear that comes with these stories. I've experienced it - and if you reading this are a person of color too - you very much have as well.

It further saddens me that a mother would have NEVER gotten justice if the video would have never leaked, and the national public would have never forced the hand of those who have sworn to uphold the law in the state of Georgia.

Yet, what really lights my fire and stirs my anger was the latest report that law enforcement told the family of Ahmaud Arbery that he was killed while committing an attempted robbery. It further lessens my belief in law enforcement. And yes, miss me with all of that #bluelivesmatter nonsense. Not after this. Not after the images of protests around the nation included many white faces intentionally and aggressively behaving on the front steps of government buildings with loaded weapons.

I’ve thought about Ahmoud Arbery ALL day. Whatever and wherever my mind wondered, I kept coming back to the same thing... https://t.co/LB3X4d8vDc
— Dome Pondering (@DomePondering) May 6, 2020


Again...that triggered me. And as of this writing, it still does. Maybe, because now that I am a parent, it stings a bit harder, guts a bit deeper, and that intuition of knowing your child is there - both their rights and wrongs. Maybe it is indeed the double standard. Maybe it is the overflowing of trauma that every person of color carries. Maybe because I do run with Amoud - many of us do, every day.

And yes, I plan to run 2.23 miles this weekend, in honor of Ahmaud. I'll run with him in that way as well.

But before I head out to clear my headspace, and to also fill it back with clearer thoughts on where this race called life currently is, I do want to shout out all of the white people who are indeed allies.

Allyship is often forgotten, and as the great Dr. King would always reference, it is the reeducation of the white individual that leads us to where we need to be. There aren't enough yet, and that is apparent by the current system, and in various ways, within our governmental leadership. But there are many who do - and through this, many who have. and it should be appreciated.

Maybe because Ahmaud was partaking in something that is relative for white individuals - running culture, and the basic right of doing so in your own neighborhood. Maybe, COVID has caused some of us to look at the core things in life? Just maybe, they too, have had enough of this. I don't know.

Regardless, the situation has very much exposed the privilege of whiteness in an extremely clear way to a large majority of white individuals - even for the doubters. And that is a step in the right direction.

And if you haven't spoken up, just note, silence is indeed a decision.


He who passively accepts evil is as much involved in it as he who helps to perpetrate it. He who accepts evil without protesting against it is really cooperating with it.

Nonetheless, I started this post, not with a vision, a clear message, or even a point to convey, but with the opportunity to get feelings out. I don't care who you are, there is no fine or pin-point way to articulate that video.

Because, if we're being truthful, without that video coming forward, we wouldn't be here. And, of course, that is what is most troubling about it all.