Thoughts on George Floyd & Everything Else 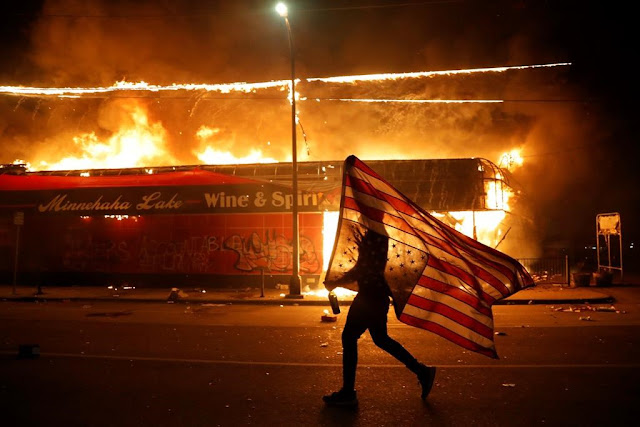 I'm not even sure what I'm supposed to say. After all, here we are AGAIN - another young black man killed by the men and women who swore to "protect and serve". We're just mere days away from Ahmaud Arbery and from Breanna Taylor, an example of how rapidly the lives of people of color in this country are snuffed out without any care - without cause.

There are no words, thoughts, or feelings I can relay here in this post that can express what is occurring in our country right now. I'm still attempting to figure out all of the emotions, especially as I wrestle with the idea of one day having to educate and relay this heavy information to my son.

For now, I did want to hit the keyboard, merely for therapy and archiving this moment in time, and share some very quick thoughts on this issue:

- The visual of George Floyd being choked out by a police officer is all-too symbolic and metaphoric of what this country has been for people of color. But again, you know that. We all know that, right?

- Beware of many who do bad things in the disguise of these protests. Know the difference. Be smart. 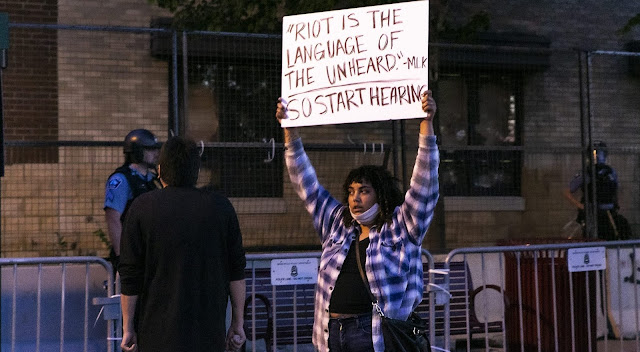 - The situation leads me back to this very salient question that arises in race relations/suppression in this country - what is the appropriate state of anger for a sector of people who have been oppressed by a country, built on their backs, for over 450 years?

- And going even further, sometimes isn't it amazing the restraint black people have had to not outright revolt considering the history of this nation?

- For those continuing to ask questions about rioting and destroying a community, I ask you this one question - how else are people of color to get the point across? It wasn't too long ago a young man of color took a knee during football games to raise attention to this very point - and instead, it became a conversation of "patriotism". 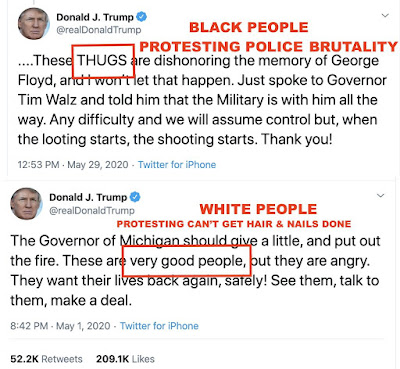 - The President's Charlottesville "both sides" moment was one of the biggest turns for me in outright removing any type of support or hope for him as President. Armed white militias defying law enforcement and looking for haircuts is "patriotic" - this situation is full of "THUGS". The President is a clown.

- Will supporters of Trump ever call him out for the stuff he states? Like, ever?

- Not lost in all of this is a major breakthrough happening - allyship from all types of people, especially that of white people. I believe it began with Central Park Amy and her weaponizing her privilege, but there really are some dope people taking a stand and getting involved by having these necessary discussions among themselves, and with others. For all of the jokes thrown the ways of millennials and Generation Z-ers, it really is a generation that is tired of the bullshit of inequality.

- There are those who are in the fight, are forcing these conversations, are helping others, and are creating avenues for the insight, discussion, and removal of privilege, the attack of systemic racism, and the destruction of other facets that illuminate just how broken our country has always been - keep fighting the fight.

- And finally, don't forget the mothers, fathers, and loved ones who are coping with all of this. They often don't get the attention, but somewhere, the families of Ahmaud Arbery, Breanna Taylor, and now, George Floyd are hurting, coping, and getting through this with immense pain.