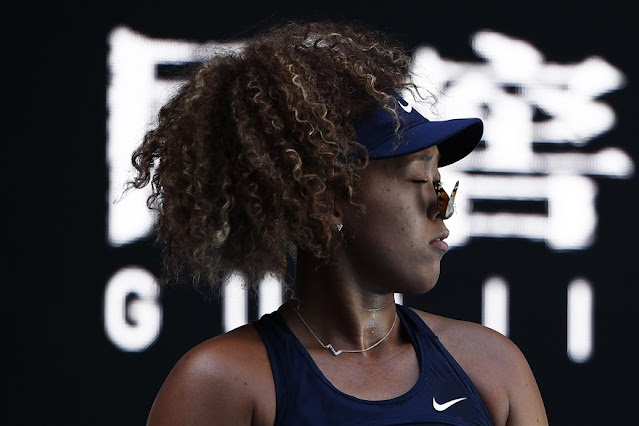 1. NASA Moon Rover - NASA sent a rover to the moon to scope out Mars - you know, no big deal. But seriously, some of the images and information now coming from the rover's touch down have been super interesting and intriguing. There is even slight evidence that the planet has been habitable! That's just crazy to think about. Awesome stuff.

2. Naomi Osaka and Novak Djokovic - Watching Osaka take down Serena brought about all sorts of emotions and thoughts this week. Osaka went on to defeat Jennifer Brady in straight sets to win the Australian Open. It's safe to say Osaka has a future that very well includes being the next generational face of tennis.

As for Novak Djokovic, the dude once again walked away with an Australian Open title - his ninth.

3. San Diego Padres - I absolutely applauded the Padres for doing what they are doing. Damn all of the small market stuff. The Padres locked up their budding star in Fernando Tatis Jr. with a $340 million dollar deal over the next 14 - yes, 14! - years. This might sound weird, but baseball needs more organizations to have the San Diego Padres mentality.

3A. Fernando Tatis Jr. - And oh yeah, kudos to Tatis Jr. for landing that bag.

I briefly discussed in a post this week why the deal thrusts Tatis Jr. into the discussion as the face of baseball, thus, removing Trout from this possibility. Give it a read (It's Too Late for Trout).

1. Texas Weather Disaster - The images and stories coming out of Texas are absolutely horrifying. The one that truly hit me hard was the line of tens of people in front of a water spigot with buckets, coolers, and containers. This is America. SMH. Of course, there is more with many struggling for heat, trying to find fuel, and scraping together food for their families. It's all so heartbreaking to see.

2. Coronavirus Deaths - We're not out of this pandemic, no matter how much we attempt to make it seem like we are. Yet, the grim reminder remains in the death count as we near 500,000 deaths. So. Incredibly. Sad.

3. Ted Cruz - Look, what could I write in this spot that hasn't been saying about Ted Cruz this week. The dude is a clown. And no, I don't buy anything he says.

An explosive left hand at the bell in Round 10 closes a masterful performance, and he is now a 2-time world champion! 🇲🇽👑#BercheltValdez | #AndTheNew | ESPN pic.twitter.com/HFw8eT7Mqm