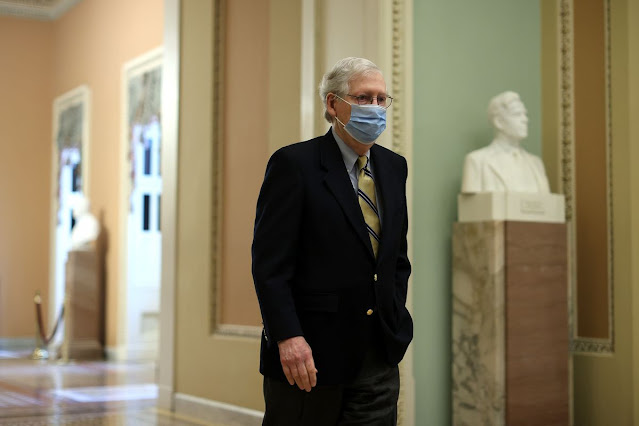 The feelings I have following President Trump's second impeachment hearing are complex. For the many days leading into this, I already knew what the result would be - because well, we all did. There just never - ever - seemed like there would be enough votes to convict the former President throughout this process. We've come to expect this. And we have yet to see any indication where accountability would triumph over allegiance to party...or loyalty to Trump.

Or really, like the right thing would be done.

Yet, here I am following the announcement of an acquittal, and I find myself feeling disappointed, concerned, and in various ways, perplexed. After all, I thought after the riot at the Capitol, that maybe - just maybe! - the nation would finally provide the moment that turns the tide to some sort of accountability within and from our government.

I was naive. Naive to believe that this country would provide a step against the presence that plagues this country. But white supremacy enjoys its home field advantage that is America. And that is an advantage that has yet to be undermined, challenged, or even self-accounted for by our nation.

It's a tough pill to swallow. Even in a country where the scars from the experiences of the past have prepared us for decisions like - the numbness of the impact, yet, the hurt from the broken hope still finds its way to a nerve.

Here are a few other quick thoughts on the decision:

- The defense presented by Trump's team expressed (and exposed) two important things: 1) That his lawyers were not only bad, a last-minute selection, and challenged with an insurmountable task, but that providing a viable defense was in fact downright impossible. And, 2) that the hearing itself wasn't important other than for providing a brief trial-by-society opportunity.

- I understand the checks and balances that come with needing 2/3 of the senate in order to convict, but the process does say plenty when a vote of 57-43 results in the 43 getting their outcome.

- So...now that we know inciting an insurrection isn't that serious. What exactly is crossing the line for a President?

I understand that this was still the most bi-partisan vote in an impeachment hearing ever, but that still doesn't mean anything. I'm all for bipartisan progress, especially in these heavily politically divisive times, but yeah...it means nothing.

- The unseen videos presented were shocking and in many ways, surreal. Some of the chaos unveiled further concerns me about the threat these groups are to our country and our democracy. They've been a threat for a long, long time, and the ugly is no longer a "secret". Still, seeing that ugly exposed still carries impact.

- Eugene Goodman is truly, truly an American hero. The thought of how bad January 6th could have been, and was just a mere few feet from reaching that level if not for Goodman's intervention, is something I continue to think about regarding the Capitol riot.

We were a steps away - steps.

A President telling a crowd that he "will walk down with them..." and of course, the tweets that state, "this is what you get..." among so many other statements and text that will live on in infamy, is outright hard to believe that it happened. But it did. It did.

- Mitch McConnell, you can save us all the righteous speech. Actions speak much louder than the empty words you spew. If you believe he's guilty, then your action should follow, period.

- What exactly is the Republican party, today? It's very apparent that the Republicans are worried about the backlash of donors and their voting bases parting with them should they vote a specific way. Yet, with Trump still having a stronghold on the party, you have to wonder where the compass of this party is as it continues to move forward?

- Trump vowed to return in some sort of weird ending to part I of a movie franchise, thus foreshadowing the return of an evil villain. And with that, of course, the usual Trump base is once again energized at the possibility of 2024. It's amazing.

Honestly, I've learned to never count out Donald Trump. He always finds a way,  and there are a lot of people out there who are Trump over Country at this time. However, I reaaallllllllllllllly have a tough time seeing that happen.

Trump is still facing tons of legal roadblocks ahead, and there is a part of me that also feels like the moderate voter's belief in Trump has subdued. But this saga isn't over. We'll see what 2021 brings about. It's definitely unsettled, and it surely will be interesting, regardless of a new administration.