It's Too Late For Mike Trout 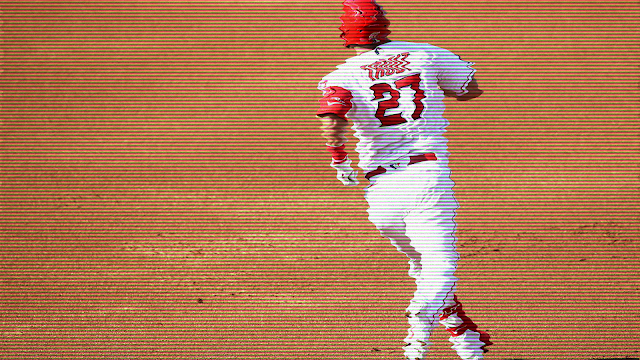 Call me crazy. But maybe, I could be, right?

It's too late for Mike Trout.

Yes, I'm well aware that MLB's reigning number one player for what feels like the 43rd year in a row (sarcasm) is only entering into his age 30 season in the MLB. And even that fact makes the situation feel as if there is so much room for potential in the embodiment of Mike Trout. That is just remarkable, really.

But, after years and years - and years! - of all of us baseball fans wanting Mike Trout to be THE GUY in baseball, I do believe we are entering a phase of "too late" for Trout. Despite all of the numbers, analytics, assessments, wants, wishes and expectations for this phenom from Mellville, New Jersey, the one so many true baseball fans wanted for him was this - undisputed face of baseball.

Unfortunately, in Trout, there was baseball's best overall talent and must-see attraction since the ever conflicted (and self-destructed) Alex Rodriguez - our game's LeBron James in many aspects - and it just wasn't so. Of course, other factors contributed to this in the Angels' lack of playoff appearances, Trout's self-initiated omittance in being the heir to that crown, and of course, MLBs continued inability to market, develop, or produce household stars on a national or global platform.

Tatis Jr. made waves within the baseball circle this year with his immense talent, charismatic look, and feel, and yes, bringing a style and unapologetic way to baseball that dismisses the silly archaic unwritten rules that continue to plague the game.

Look no further than the silliness that was Tatis Jr. hitting a grand slam and both managers of the teams in the game becoming upset with him. Yes, baseball frowns upon players accomplishing feats within the game. Tatis Jr. was pushed into a corner where he apologized, almost neutering the budding star.

However, it's a challenging task to dim Tatis Jr.s emerging spotlight. He plays a premiere position. The Padres just backed up the brinks truck for him. And, that same team, the Padres, are set to attempt a run in fighting the big bully defending champion, Los Angeles Dodgers. Tatis Jr. will have plenty of national appeal opportunities.

And of course, there is simply the swag. Tatis Jr. is just cool - no other way to describe it. He has a distinct look with the blonde tips on the dreads, a violent yet, beautiful swing, carries global appeal with multilingualism and diversity, is a second-generation major-leaguer (thanks to Fernando Tatis!), and yeah, he's a pretty good-looking dude. As much of a Trout fan as I am, it's not hard to realize that Tatis Jr. has more appeal. Tatis Jr. is more box office.

Unless you reside in Anaheim, I can't imagine a young baseball fan choosing Mike Trout over Tatis Jr. on the scalability of cool. 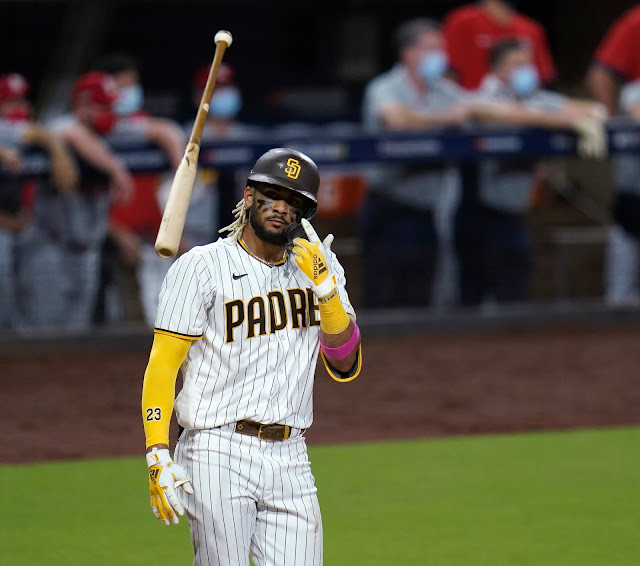 The mega-deal signifies so much more than the commitment by the San Diego Padres. It's a stamp of approval for what could be baseball's diamond headed into the next generation.

We've been down this road before with players who MLB should (and we want them to!) raise as ambassadors of the game. The faces and names we want to put forward to non-baseball enthusiasts to say, look, check out our stars! Actually, we've done it wayyyyyyyy too many times. And have been left disappointed wayyyyyyy too many times.

But here is the hard truth: even if the Angels suddenly rake the AL West, and get themselves on a run where Trout can perform on the game's biggest stage in October, I still find myself having to accept that the window of marketability - the full range scope of what could have been - for Mike Trout as baseball's top guy, has indeed closed.

"More to Come" still represents so much for his career - performance, legacy, and even ability. However, it's that realization that is frustrating, disappointing, and scary. The understanding that Mike Trout's glass-half-empty aura is no longer armored-proof. His marketability is now - yikes! - aged. Dare we say, exhausted.

It's too late for an established mega-star within the game to grant us the ability and access to join him on the ride from mega-star to transcendent star, a journey that is a crucial component of what we're looking for to fill the seat of the throne that is the face of MLB. So, yeah, it's too late for Mike Trout.

However, for Fernando Tatis Jr. - it's now his time. Baseball missed out on making what could possibly end up being the best player in the game's history in Mike Trout, the kind of big deal it should have or could have been. That's scary...and so telling of this sport's push forward in today's entertainment environment.

Luckily, MLB has another opportunity with Tatis Jr. Ok gang, we couldn't get it done with the last once-in-a-generational player, but alas! We have another one on the rise!

Seriously, the game needs this. We all want this for the game.

Apologize to Mike Trout and get it done, MLB.