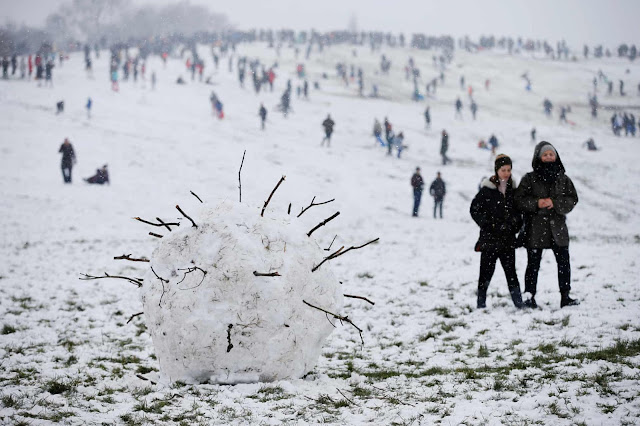 1. Harriet Tubman on $20 Bill - It seems like President Biden is making a push to get this done. Is it a huge deal that will change the salient issues facing the country right now? No. However, I just think it's cool that Tubman, a black woman of historical significance in this country, only taught or honored when February rolls around, is getting such an honor. That's cool. And it represents progress.

2. Australian COVID Record - Another interesting "up" this week is the focus of Australia's COVID relief work. They've had deaths and hospitalizations, but when you focus on their numbers and how they have fought the virus, it is hard as an America to wrap my mind around it. In Western Australia, they just had their first COVID case in 10 months, and the entire region of 2 million will enter lockdown once again. Because of how we've handled it, I just can't seem to wrap my mind around that kind of operation, planning, and mindset.

3. Royal Rumble - The road to Wrestlemania kicked off with a tremendous Royal Rumble broadcast. From the beginning of the show until the very end, the show was entertaining and did what it was supposed to do - set a framework for Wrestlemania and lead you in interest for the coming weeks of TV.

1. Marjorie Taylor Greene - This lady is a special kind of kooky. I'm not surprised by her antics or her beliefs, because there are many individuals like this who have been and are currently elected to public office. She gets the down for some of the things she has said in the past - mainly her school shooting conspiracy theories. SMH.

2. Chad Wheeler - This is a tough one because maybe there are some severe mental health issues at play. However, the Wheeler story of his antics and how little news coverage it received until it was forced into our consciousness is troubling.

3. Tacoma, Washington - The craziness out in Tacoma, Washington continues on. We've seen people run over by cars, officers shot, people dying, businesses harmed and so much more. They are continuing on in messaging for defunding the police and other matters. Of course, this ain't it. At all.

1. Nolan Arenado Trade - So let me get this straight. The Rockies are trading one of baseball's best players, and also pitching in $50 million for the Cardinals to take Arenado off their hands, and they aren't getting any top prospects back in the deal?

Speaking of broken economics, take a look at baseball.

1. GameStop Stock Market - I learned more about "stock dumping" and "shorting" and the stock market as a whole this week than I believe I've ever had. I still don't know I understand the full scope, but I know enough to realize that normal people gamed the game, and the many wealthy individuals who often do this, did not like it.

Of course, just another sign that the system is broken.

1A. Robinhood App - See above.

2. General Motors - GM is planning toward selling only zero-emission vehicles by 2035. While it is ambitious, who knows what the world would be by then. Regardless, it's a gusty goal, and I can't entirely say I'm mad at it.