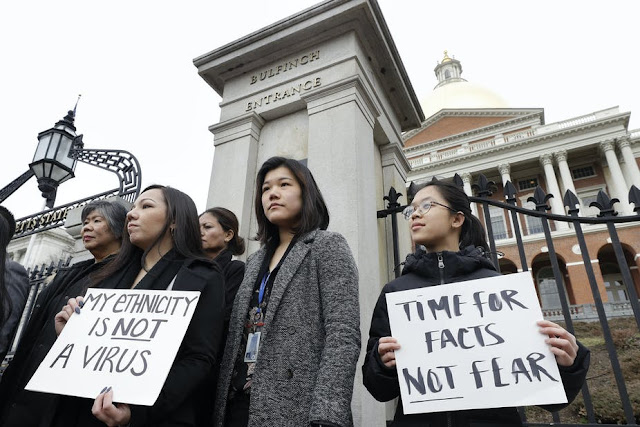 1. NEW Coronavirus Vaccine - Johnson & Johnson is now added to the mix as the vaccination effort to get out this awfulness that is COVID continues. Of course, the new approval adds another option to get us closer to a new kind of normalcy much faster, but also adds a new dynamic in being a one-shot vaccination.

2. Renee Montgomery - Imagine being a retired professional at the age of 34 with a Hall of Fame resume and now being a part-owner in a professional basketball franchise. That's the case for Renee Montgomery who joined a group that purchased The Dream this week. It's an amazing story and one that furthers the narrative of the changing leadership landscape in pro sports.

3. New Jersey Plumbers - Speaking of cool stories, I really believe we need a news channel JUST for positive news (or the return of Some Good News?). Nonetheless, this group of plumbers drove 22 hours to Texas to help out with the Weather crisis this week. They've gone around and helped with the infrastructure and get this, have pledged to stay a couple of weeks to see their projects through. MY hats off to this group.

3A. Return of Trey Mancini - Even more good news that should be easily available - Trey Mancini of the Baltimore Orioles returning to baseball after battling cancer. That's awesome...so, so awesome.

1. Asian-American Racism - It's so unfortunate to hear the stories and to read the reports of the racism and discrimination happening around our country to Asian-Americans. Kudos to a guy like Jeremy Lin for speaking out and further bringing this to the forefront of the public's consciousness.

2. 300 Nigerian Girls Kidnapped - We had this episode back in 2014, and once again, we are seeing the tactic of kidnapping children in Nigeria for ransom show its ugly head. The recent kidnapping of over 300 girls - yes, 300 girls! - is scary and infuriating. Here is to hoping the girls are found and returned swiftly. And yes, that those responsible suffer.

3. Governor Cuomo Stock - Has anyone's stock fallen further than Cuomo over the last few months? The current Governor of New York has been accused by yet another worker of sexual harassment. This of course, coming after reports that show Cuomo and his administration suppressed COVID deaths at the height of the Pandemic.

1. Mr. Potato Head - Look, here is my quick take on Hasbro dropping the "Mr." in regards to the popular toy - hasn't this toy been gender-neutral or gender-less since, well, forever? We're talking about a toy that you can LITERALLY strip all the parts and mix and match - which is the fun part! In fact, you can literally fill the toy with female-oriented pieces and make it yes, a Mrs!

So yeah, the drop of the name makes sense to me.

1. John Geddert Suicide - After being convicted of human trafficking and abusing girls coming through the USA Gymnastics pipeline, Geddert committed suicide. While death is indeed final, and it may (or may not) help bring closure for so many he abused or affected during his life, as an outsider, it just doesn't feel like justice that he was able to just take his life without

One more thought - I shake my head at the thought that he was free to roam during this case. How he was not detained is beyond me.