Predictions and Wild Guesses for the 2021 MLB Season 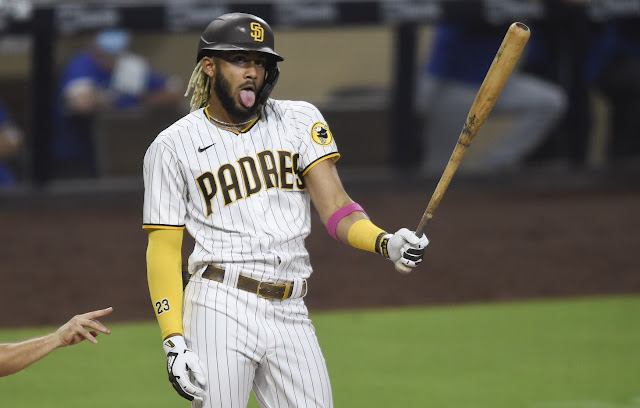 Coming off the craziness that was the 2020 season, we are set to embark on what hopefully is a much more normal season - whatever that is any more or going forward.

Yet, with that said, what has me tremendously excited about the baseball season is the amount of young talent in the game. If we're being truthful as we anticipate Opening Day as fans, there won't be much competition - at least on paper. With so many teams not being competitive, the elite teams are clear.

However, with those "rebuilding" teams comes the opportunity for so many breakout stars. The game needs the young representation as we move forward under a new banner and culture lead by Fernando Tatits Jr.

Nonetheless, here are my picks and predictions for the 2021 MLB Season:

BIGGEST NAMES TO BE TRADED

June 21, 2022
I never once thought this would be a part of my experience as a parent. I've grappled with future conversations, thought about how I'll help my multi-racial son through the world that will surely be complex in how it views him, and yes, brace myself for those conversations - you know the ones. Those conversations that my parents had with me, a child of color, in disarming my presence in specific spaces.  Never did I expect to find myself grappling with the reality of the new topic for that awkward sit down to make the first imprint on life memories - son, here is what you need to do if there is a mass school shooting ... I have made no secret here on this site - my upbringing was not pure, was not clean. Not me per se, but I was certainly exposed to my fair share of violence, drugs, and various matters that desensitized and jaded how exposed my experiences really were. My academic environment - specifically high school - was a challenge. Underfunded, overcrowded, excessive v
Read more
Tweets by @DomePondering