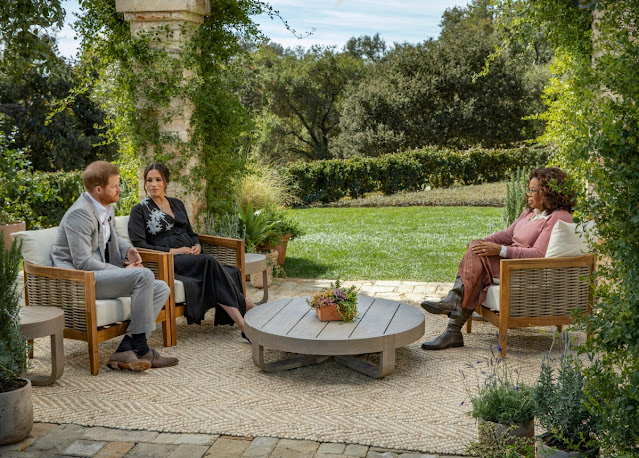 1. Meghan and Harry - WOW! I found myself flipping to this frequently in between the action of the All-Star Game because well, it's the NBA All-Star game, and really, what did it matter? Meghan spilled some serious tea, and while the insider disclosure was juicy, it revealed a much sadder and troubling side of the "Royalty" many praises. I can't wait to sit down and watch this outright.

BTW - Oprah is a national treasure.

2. "Bloody Sunday" Reminder - Today marks the 56th anniversary of the deadly encounter that happened on the Edmund Pettus Bridge. 56 Years later, and the right to vote is STILL a center for struggle.

In a sobering thought, that violent encounter was JUST a mere 56 years ago - so many people are alive who endured to pushed the bar that much further for equality. So much appreciation and kudos to those who did.

1. State Bills to Restrict Voting - Ironically, on the day we remember Bloody Sunday, over 43 States have pushed forward over 100 bills for action that will reduce or suppress voting rights across the country. The bills add measures, remove sites, and use all sorts of random protocols to suppress the ability to vote for communities of color, the marginalized, the oppressed, and the poor. Why - WHY? - does our country continue to do this?

2. Myanmar Protests - Protests continue to rage in the country of Myanmar as democracy hangs by a thread. This week saw the deadliest of encounters in a situation that continues to pull apart a country.

3. Coming 2 America - I touched base on the film here with my review. SMH. Why did they make this movie?

1. Governor Cuomo - Is there anyone a bigger candidate for the biggest fall of the year (thus far) than Cuomo. And really, if the allegations are true, doesn't he deserve it?