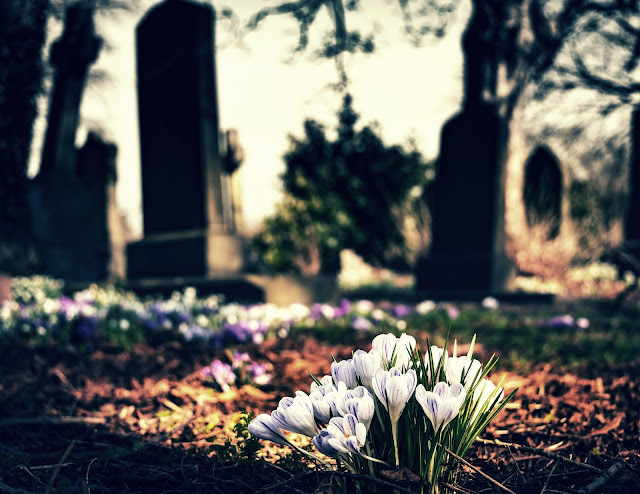 Today marks one year since I had to let my hero leave this earth.

March 13th will always be a VERY complex day for me going forward as the death of my father will very much be significant with the day. Especially the time of 1:58pm, his death, and 2:02pm, when I received the phone call from the doctor that he had gone home.

I'll spare you the details of that horrifying day, but if you're interested, you can read HERE.

Today, I made my way back to Brooklyn to do something that I rarely do - see my dad at the cemetery. I've only visited once before since his burial for two reasons - one, being that we are still in the middle of a pandemic, and two, well, I truly believe my dad is with me, and not stationed at this burial site. The cemetery simply serves as a memorial site.

Nonetheless, it was very telling of how my 2020 had gone as I visited three of my favorite guys in one trip. All three passing away in 2020, and all three, calling the same cemetery home to their memorial sites. I made my way driving and walking around the cemetery dropping off flowers, touching up the gravesites, and talking to each of them as I did so.

All the while, the aura of death, mainly fresh, death surrounded me. With upwards of six funeral processions carrying on, it was hard not to let your mind and heart feel, wonder, and ponder into realms and spaces you try to keep shut. I sauntered by a nearby burial procession trying to hide my six-foot-five-inch frame and informal attire of sweats and sneakers among the mass of black suits and dark dresses, to squat at the site of my good friend Quincy. Not yet exuding a headstone to capturing his large personality, the gravesite was disheveled from the previous night's high winds. The site was eerily still fresh, with the raised dirt still visible - unlike the sites of the other two who passed away around the same time.

As I cleaned up Q's site, propping up and reconfiguring some of the already planted but trampled and distressed flowers there, I placed a single purple flower at the top of his grave, Quincy was a huge Prince fan. As I walked away, an elderly couple walking away from one of the many funerals happening made eye contact, with the elderly woman saying, "we weren't being nosy, but couldn't help but notice you have to make several trips. We're so sorry." I reciprocated their gesture with a more fresh one as their mourning lied heavier than mine at that moment.

We didn't have to discuss the details of this burden. Two passing strangers could easily look into each other's eyes, unaware of what the other looks like due to pandemic mask-wearing, and instantly feel the void the other has. Understands the searching that commences unfruitfully every so often.

I've learned over the past year that being vulnerable is an insane power. And since March 13th, 2020, and the series of deaths that have happened prior to and after that date, I've embraced vulnerability. Why fear it? And really, the death of so many around you can make you feel life like you haven't before. A mere appreciation for it. And the understanding that we are mere dust.

I wish I could tell you where I am in coping with the death of my dad. I really don't know, because I don't know what the steps are, or what the healing process is. Does it even exist? Does carrying this transform into something else, at some point? Again, I don't know.

However, what I did learn from my trip to Canarsie Cemetery is indeed the vulnerability and blessing that is life. And March 13th will probably forever remind me of that - to remain grounded and humbled in this life.

As my father always used to say - Love God. Work hard. Laugh lots. And treat everyone well, that's it.