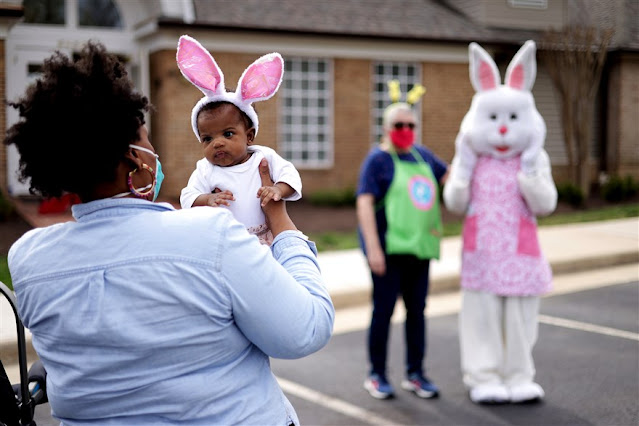 1. Easter Weekend - He is risen! Spiritually, this weekend is one of my favorite Holidays of the year. Happy Easter to those who observe.

2. NCAA March Madness - So far, the NCAA Basketball Tournaments are my pick for Sports Event of the Year. Yes, I'm throwing out early nominations despite not even being halfway through the year! And that includes a year with the pending Summer Olympic Games! So many moments and dramatic endings for the men and women this March - I'm just so thrilled for student-athletes to have their moments.

BTW - Kudos to the Stanford Cardinal Women's Basketball team on winning the National Championship. A season of road games, and so more! Well deserved. An Awesome championship game as well!

3. Boat Removed from Suez Canal - I said last week that some brilliant minds were going to figure this situation out and you know what? They did! Even as predicted - just remarkable. Again, the human spirit and will are phenomenal.

1. Capitol Attack - Our country continues to see troubling patterns, this includes a distrust of our government, the kind that inspires attacks. Even more sad is the innocent police officer, William Evans, who died in the senseless attack.

2. Derek Chauvin Trial - Reliving everything that was last May is tough to go through - I find myself having to follow this trial solely in print. From the stories and witness to the smear campaign by the defense in order to detract from the facts of the situation - it spurs too much emotion.

However, with that said, how many of us have zero faith in the system issuing justice here? Also, how many of us are apprehensive because of said lack of faith, and fully expect this movement to get dialed up another notch in the near future?

3. MLB Moves All-Star Game from Atlanta (Reaction) - I wrote all about my thoughts on MLB's decision to move the All-Star Game out of Atlanta due to Georgia's new Voting Bill - SB 202. It's the outright reactions from our government leaders on the matter that have been highly concerning. See Governor Mike Huckabee's idiotic tweet on the matter.

1. NCAA Amateurism Case - While we are all consuming the awesomeness that has been the NCAA March Madness tournaments, it is the underlying happenings of the NCAA attempting to prove its amateurism model before a supreme court. Early reports are that there is a "questioning of the NCAA's validity" from the highest court in the land. The decision expected in early summer is of high interest and expectation.

1. Shohei Ohtani -  Otani made history by starting on the hill for the Angels and also batting 2nd in the lineup - for an AMERICAN LEAGUE TEAM!!! All he did was throw 100mph+ and hit a bomb 450ft. No big deal. Super impressive. How is Otani not part of baseball's marketing?

Also, how is such a historic game starting at 8:30pm on a Sunday night? Ugh...