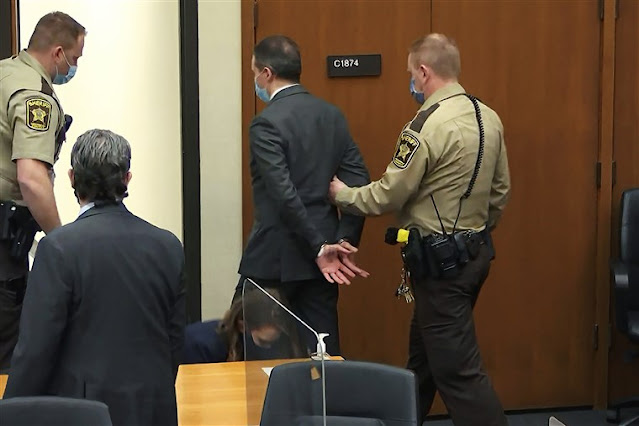 1. Derek Chauvin Verdict - I gave my thoughts and reactions to this verdict this week, and even as I now reflect on the week, it's still a bit remarkable what went down. This gets the top nod because justice was served - in a way that it usually isn't. And yes, accountability was present. What we saw last summer was a peak into life not widely understood in America. While there is so much negativity and unrest that has emerged from the case/scenario, often overlooked are the ways it's taking us closer to where we need to be as a nation. Regardless of the growing pains.

2. Chloe Zhao - Zhao took home some serious hardware for Best Director and for Best Picture (Nomadland). She is the first woman of color and the second woman ever to win for Best Picture. That's pretty freaking awesome.

3. Jacob deGrom - No one is performing on the level that is deGrom right now. The dude is easily the best in the world at the moment and is actually getting BETTER as he moves along in his career. Do NOT miss deGrom starts!

1. Derek Chauvin Verdicy Reaction - I know, how can something be good and bad in the same week? Well, that's where we are in America. Some of the reactions to the Chauvin verdict have been disappointing. From comments of "relief" more so than for "justice", and even THIS gem of a poll stating 46% of Republicans believe the Chauvin verdict was wrong, it is apparent that there is just so much work to do.

2. Coronavirus in India - As we continue to look forward beyond pandemic life, especially as we await NEW guidelines for living under the vaccine, the virus is holding on in scary ways, India being the latest region it is wreaking havoc. The country reported well over 350,000 new cases just this week with medical resources at the brink. We're not out of it...

3. LeBron James - I call it like it is. I'm a fan of James, but he definitely reacted too quickly and too emotionally on Twitter this week. He also reacted too vaguely. James certainly has his detractors and he gave them what they wanted this week, ammunition to drag him.

1. Steph Curry - Curry is a treasure in sports that should always be revered. He's just a must-see for the insane shot-making ability he makes look hard, yet, easy, but at the same time, so difficult. It's part of the amazingness that is Curry.

1. MLB 7-Inning "No-Hitter" - Madison Bumgarner threw a no-hitter, period. Look MLB, if you're going to have seven-inning games, then why punish players for excelling in that format?

Baseball is all sorts of ridiculous right now.