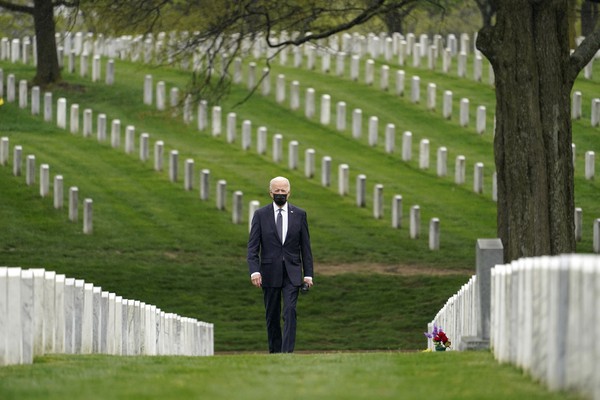 1. St. Louis Elects First Black Mayor - It's kind of crazy to think that the newly elected Tishaura Jones is the first black woman elected as the Mayor of St. Louis - but then again, considering ALL of history, it's really not all that crazy. Representation matters in governance, and we're seeing a lot more of it across the country.

Jones' comments after the win are also interesting, "We are done avoiding race and how it holds this region back."

The election also saw an uptick in voter turnout as well.

2. St. Vincent and Grenadines Relief Effort - I'm cheating on this "up" as I'm tied to the situation, but it's awesome, nonetheless. This week, the island of St. Vincent had two massive volcano eruptions leading to evacuations, resource shortages, devastation, and ash covering the island and neighboring islands as well. The relief efforts for those displaced have been amazing from the many Caribbean and West Indian individuals to other countries giving aid.

3. Jackie Robinson Weekend - Jackie Robinson day(s) in Major League Baseball will never NOT be cool to me. Robinson's legacy is one that has taken a turn of whitewashing and "comforting" change to his narrative, but for now the core is there - this man did a lot to bridge some serious gaps!

Also, it's a reminder that he didn't HAVE to endure what he did. He really didn't. This will always be at the core of his story. He didn't "break barriers", he endured one.

1. Police Shootings - If the Derek Chauvin trial wasn't enough, the week brought us everything that was Daunte Wright, just to layer it with the horrifying video that was Adam Toledo. And yeah, it sprinkled in this head-shaking story. Yeah, the distrust of police by people of color hasn't gotten any better.

On a personal note, just this weekend while driving in Brooklyn, I witnessed a car summoned to be pulled over by a police car. After pulling over to the side at a major intersection, the officers began slamming the side of the citizen's car as they approached the driver's window - upon witnessing that, many suddenly hands with phones aimed were extended out of the car windows at the site. Of course, with many others doing so on the sidewalk. That's the world we're in now.

2. Mass Shootings - Another week, more senseless shootings, and more heartwrenching realities of the lives lost and the families devastated. America has a gun problem, period. I'm not sure what else can be said here.

3. European Super League - This is absolutely absurd. The greed among these teams who are defecting to create their own league mid-week among the already established Premier League is head-shakingly bad. Just a bad look for football/soccer.

1. President Biden Ends War - The United States military has been in Afghanistan for so long, I'm not even sure I know the real reason why we're still there. I'll have some research to do. President Trump deserves some credit for not engaging the US in,  another war (besides the one at home - for another post, obviously), and now, President Biden is bringing troops home - should be interesting to see this play out.

2. Dwyane Wade Jazz Ownership - The Utah Jazz now has Dwyane Wade as a minority owner of their franchise. From the perspective of a former player investing in the league with another franchise, not the one his legacy is synonymous with (hello: Derek Jeter), to it being well, we're talking about Utah! - this has all the makings of a door being kicked down.

1. U.S. Capitol Police Officer William Evans - It was tough watching Officer Evans' son hold the bear his dad gave him while circling his father's casket. Officer Evans recieved the honoring and celebration he deserved for his service. Because really, his dad died, for what? For what?!! So sad.