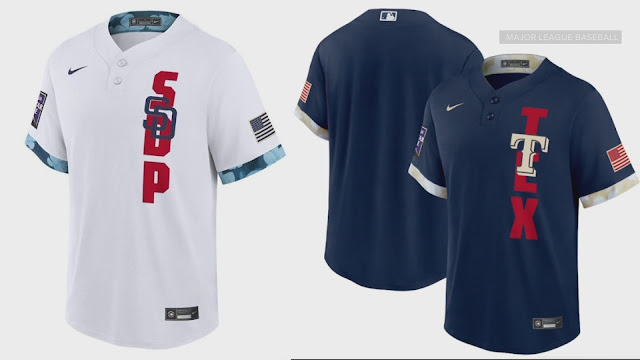 No seriously, what are these putrid, unimaginative eyesores that are parading themselves as All-Star jerseys that athletes will place on their bodies for aesthetics in front of a mass audience?

Major League Baseball unveiled these - whatever they are - this week for the 2021 MLB All-Star Game in Colorado. A product of Nike, MLB also decided to double down on...this, by also announcing that this upcoming All-Star Game will be the first where these designs will not just grace the Home Run Derby festivities but will be replacing the long-time tradition of the teams wearing their own uniforms in the actually All-Star Game.

I understand that the All-Star Game and everything that was its branding guide for the 2021 All-Star Game had to be re-done rather quickly due to the relocation of the event from Atlanta to Denver.

But come on. These could be so much better.

The team logo featured on the left breast underneath another layer of the team abbreviation in block letters, while going down on a plain white or blue top, is as bad as it reads in describing it in text. The look just feels like the instance when you jumble your layers in Photoshop on top of one another in a dire attempt to "create" something when experiencing a creative block.

I know this - I've been there. But you know what? I've never really used the design!

I also understand baseball's tough task of bringing the game forward with the likes of the NFL and NBA who continue to dominate the cultural space of sports and societal intersections. All-Star jerseys, a staple in the NBA at this point, create merchandising opportunities and a different feel for what is a glorified exhibition game in the middle of the season.

This does not do that.

The hats are even more embarrassingly generic.

The two-button look screams batting practice jerseys! Actually, they're just weird. And all kinds of awkward. 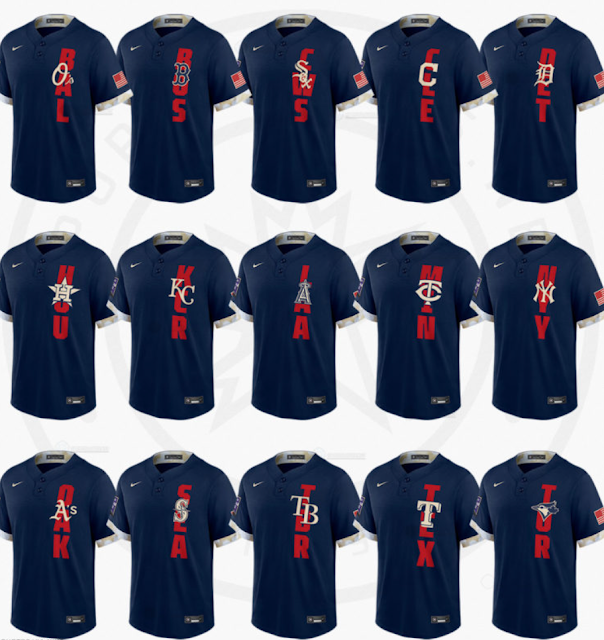 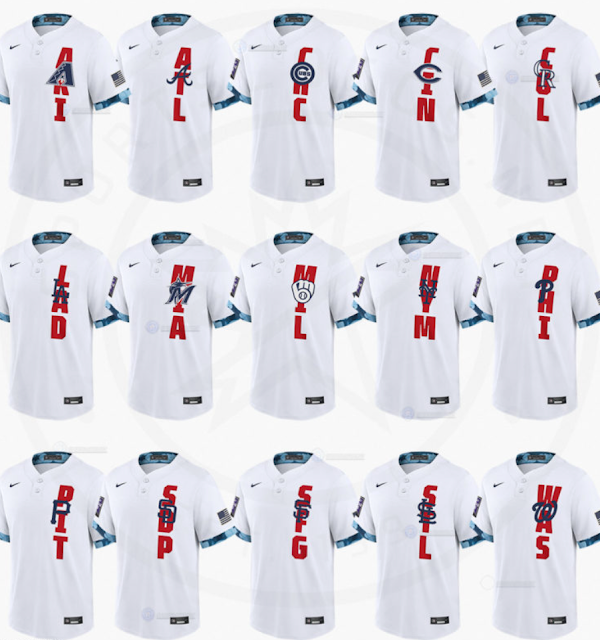 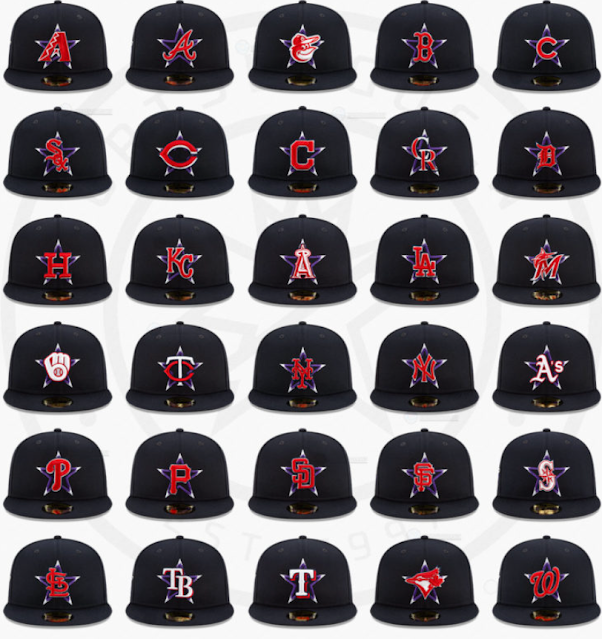 There is something incredibly cool about each of the players wearing their own uniforms (home whites or road grays) and how the collection of different uniforms creates easy representation when you're watching. The tradition gives a clear visual and easy connection for the viewer/spectator for anyone to reference later on when (or if) they consume the product. For baseball, it's an easy connection.

Truth be told, the NBA tried moving to this format for two years in the late '90s and I thought it was awesome. However, the NBA can get away with it because it naturally emphasizes stars and gives likenesses.

Nonetheless, these are trash. The uniforms. The Hats. The concept. All of it. Baseball has a tremendous amount of issues on the table that is deterring to the game. This...whatever it is, now adds to it.

Not a fan of these. Baseball, do better.