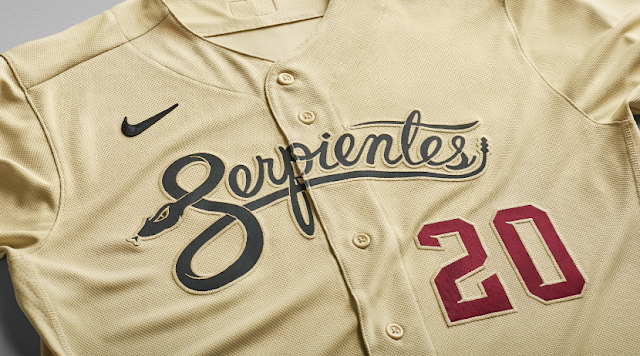 So if there was any team that was built for this "City Connect Series" by Nike it had to be the Arizona Diamondbacks. You know, the team that had pretty sweet uniforms for their inception, won a championship in those uniforms, then decided to get super-experiment-y (should be a word) in their look for every step of the way since then? Yeah, that franchise.

The Diamondbacks have brought us super dark grey uniforms, weird gradient designs on the back of the legs, a mix of crazy colors, the phrase "D-Backs" on the chest, and a whole lot of hey, we're Arizona, and we're not afraid to try something new, mannnnnnn!!

So yeah, I thought this design would be the one where Nike dialed it up and really tried to push the boundaries. Instead, they did the opposite in bringing a very simple and sleek design that is so inside-the-box that it was a bit shocking for the Diamondbacks. 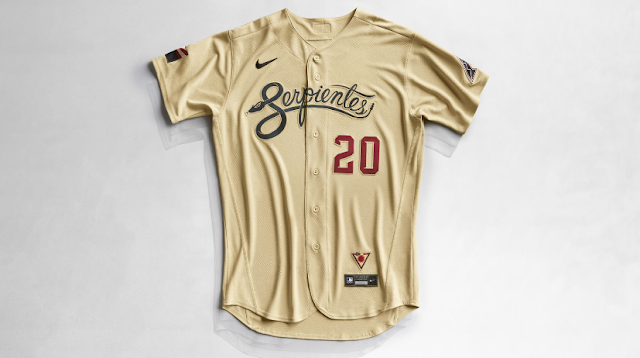 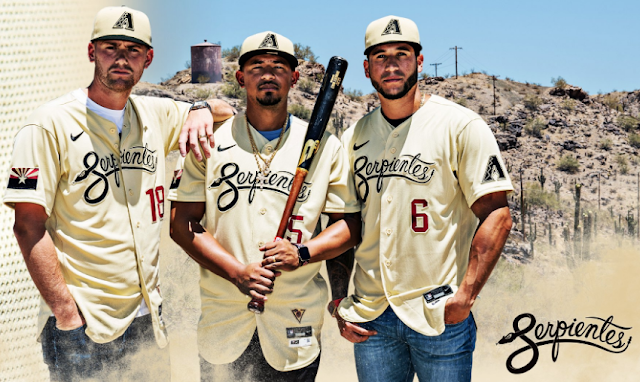 Nike went with "Serpientes" across the chest (meaning snakes in Spanish) in a super cool font that pretty much looks like a snake in cursive. More than 42% of Arizona identify as Hispanic, so it's a great way to "city-connect". Of course, we'll leave politics and appropriation out of this post...but yeah, the obvious is present.

Continuing on, the "S" serving as the snake's head and the beginning is a subtle feature in the base that ultimately draws your attention to the jerseys.

What brings out this uniform is the obvious base color of beige that represents the valley which makes everything else pop tremendously. The subtle red numbers and font are brought about adequately. Ditto for the Arizona state flag on the sleeve.

Finally, the hats - yo, the hats! I do not think there is a need for new hats for uniforms in this series, as more often than not the hats have missed the mark. However, keeping the same color scheme for the hats as the jersey (often frowned upon in baseball circles) really is a good look in this scenario! The beige hats with the classic Arizona Diamondback "A" and black brims work perfectly.

Ultimately, Nike kept the design simple, because these dudes are about to be a beige blob once the pants get thrown into the mix. Add some black high sox and cleats, and I think this gets over - wacky Arizona uniforms that are bearable, dare I say, likable. 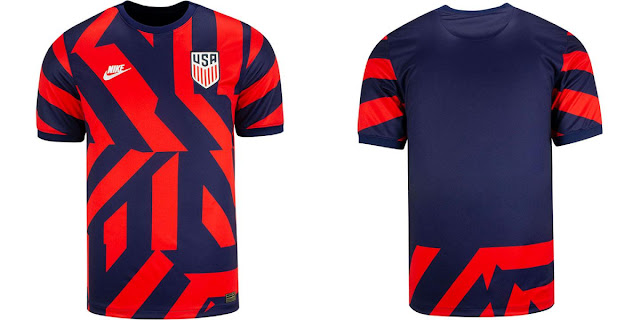 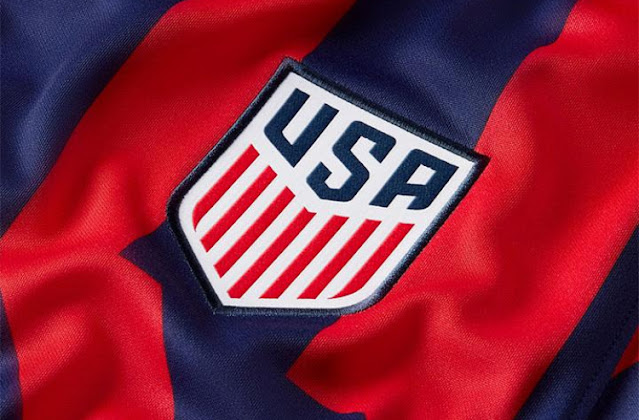 I watched the women's team take on Nigeria and was absolutely flabbergasted by these new kits for US Soccer. Look, I do not believe the national jerseys have to be ripped from Old Glory herself, but I do believe the color scheme of red, white, and blue should be involved, and yes - of course! - they should evoke some sort of national recognition upon seeing them. 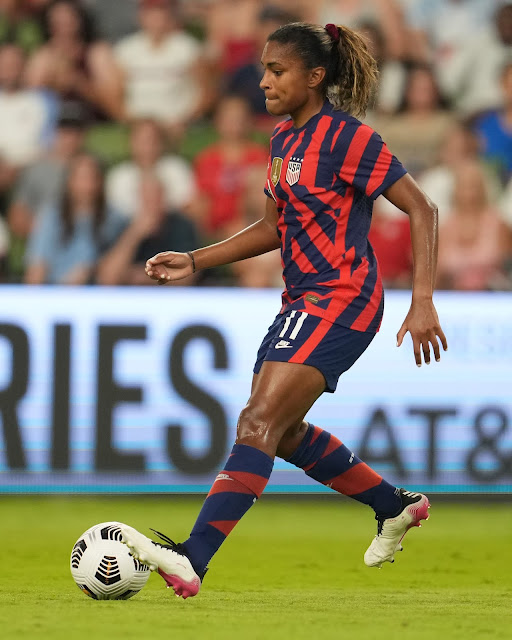 Look, US Soccer has had some REALLY aggressive aesthetics in the past, so these certainly aren't the worst, and at the same time, they aren't repulsive in any way. I once thought the "WALDO" kits were terrible, but quickly came around to them.

I don't hate these as much, but the stripes and their randomness in the mosaic glass pattern make me wonder, what was Nike's vision? The shorts also seem like they belong with another kit.