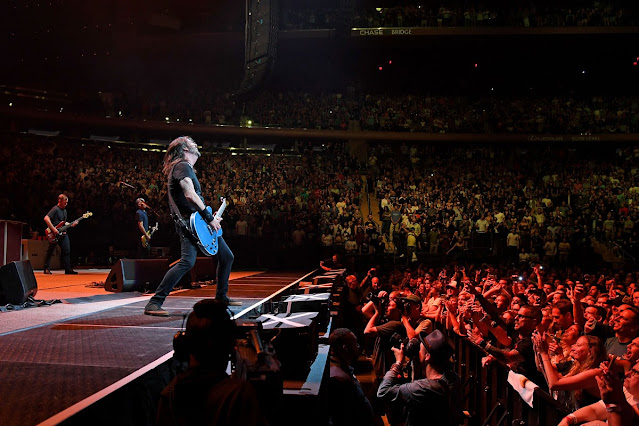 1. General Miley Response to CRT - Critical Race Theory has been completely bastardized and misunderstood for the sake of political gain and influence over the past few weeks. Quite frankly, I'm convinced many don't even truly understand the concept. However, the recent remarks from General Miley on the application of the theory are some that should be sought after and watched.

2. Gabby Thomas - Thomas is an amazing athlete who the country will soon get to know much better once the Olympics begin. For starters, Thomas will be an Olympian. But wait! She is also a Harvard graduate. There's more! She is close to completing a Master's Degree in Epidemiology. Damn! Just all sorts of amazing accomplishments for the young (and obviously gifted) Thomas.

3. Fernando Tatis - Getting the "Up" this week is the ultra-cool Tatis Jr. who belted three home runs in a game this week (in 4 innings!!!) and has placed himself on the mantle as being the most must-see player in all of the game.

1. Florida Condo Collapses - The story coming out of Florida of the condo collapsing is immensely heartbreaking, worrying, and horrifying. With the rescue efforts beginning to look dire through the rubble, the latest is that there were significant warnings about the structure of the building back in 2018. Such an awful story considering the victims - elders who were looking to enjoy retirement in Florida.

2. Overdose in America - As continue to make our way out of this pandemic and this time in history, we haven't scratched the surface on the long-term effects of it all. Thus far, the most immediate has to be that of drug use in America. Recent reports have already found that Opioid deaths have sky-rocketed with dire drug overdose numbers across the nation rising to troubling levels. This is going to reverberate for at least the next five years.

3. "Sticky Stuff" Searches -  Ahhhhhh, Major League Baseball. Imagine a $10B industry that believes performing routine searches on the field in front of its consumers is a good idea. Why isn't there a quality control person in the dugouts doing these off the field and away from cameras? How - in any way - is this good for the game?

1. Brittney Spears - I read all about the Spears saga this week, including learning about conservatorship - never heard of it before this whole ordeal came crashing into my newsfeed world. All around crazy stuff. This entire saga has so many sides, twists, and empathetical perspectives - all of it is quite fascinating.

2. NCAA Ruling - Well, the Supreme Court ruled that the NCAA is "taking advantage" of its status and is now allowing the governing body the opportunity to use further educational perks as compensation. With more to come, including the name, image, and likeness debate, it's hard not to see a major shakeup in collegiate athletics at the very top coming.

3. Northwest Heat Wave (Hottest Day Ever) - The Pacific Northwest has been dealing with weather above 100 degrees with Portland seeing its hottest day ever this week. All sorts of crazy weather. Hmmm...

Dave Grohl performs onstage as the Foo Fighters reopen Madison Square Garden on June 20, 2021, in New York City. The concert, whose attendees had all been vaccinated, is the first in a New York arena to be held at full capacity since March 2020, when the pandemic led to the closure of live-performance venues.