The Human Cheat Code for Basketball: Grateful for Steph Curry 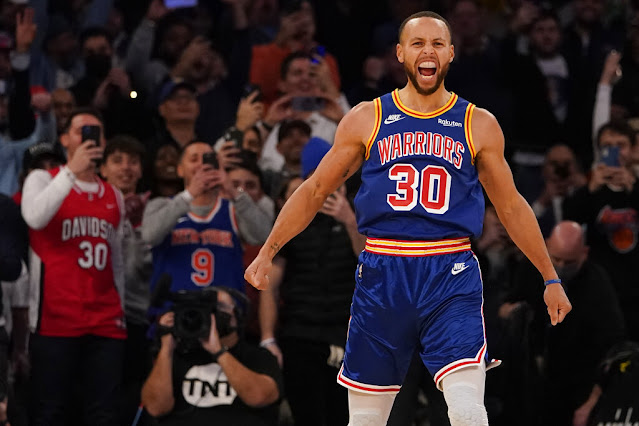 Count me in as one of the many hoop junkies that found Steph Curry becoming the all-time three-point king to be a really special moment. Yes (and, of course) it came at the expense of my New York Knicks - and on the floor of Madison Square Garden. Because, well, of course. Such is Knicks fandom.

However, my appreciation for Curry is very much what you would hear from just about anyone talking about him - the dude is just electric. He's box office. And of course, he literally changed the game of basketball.

There is nothing more tributing to Curry's influence on the sport than walking by any local playground, walking into any gym, or watching any High School basketball game and experiencing young men and women hoisting (and making!) shots from areas of the court that once got you a seat on the bench.

He's inspired a new generation with his play. 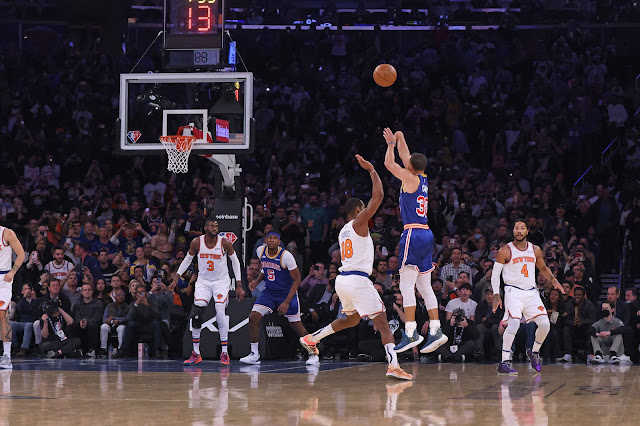 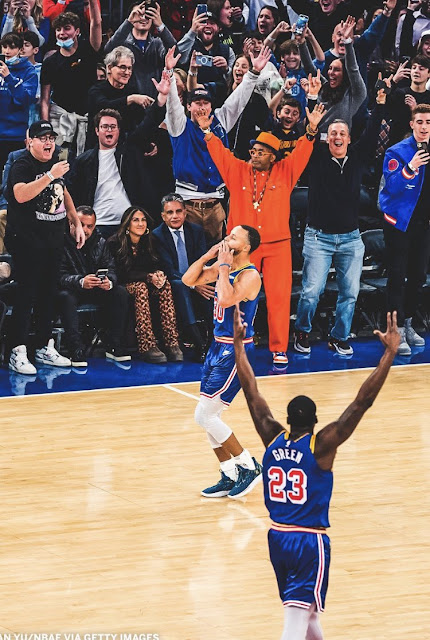 And yes, when it felt like fate that a skinny young point guard from Davidson wanted to be a Knick, and thus, the Knicks wanted that questionable selection from the bloodline of Dell Curry, it fell apart. Because us Knicks fans can't have nice things. Despite having no control over it, that infamous 2009 draft board still hurts.

It reaaaaaaaaalllllllllllly sunk in when he dropped 53 on us in the Garden - I knew it then.

I know picking on the Knicks is easy, but how about the Minnesota Timberwolves passing on him, not once, but twice? But I digress. Hating on the Wolves doesn't get clicks or ratings...

Nonetheless, the dude is ultra special. He should have gone first, but such are the damning lessons and harsh realities learned from hindsight of the NBA Draft. In an era dominated by LeBron James (and rightfully so), it's remarkable that very rarely does Curry's name come up as being the best in the game. He belongs in that conversation. In fact, I cannot think of many athletes who dominated their sport with an ultra ability for a specific skill set within a sport as much as Curry has with his lethal shooting. The only one I can think of is Mariano Rivera and his cutter.

With all of that said, I just wanted to take the time to express my gratitude for Steph Curry. You'll be able to take in all of the commentary and stats to come from your favorite sports outlets. At the core, he's been, and continues to be, a nightly must-see for me over the years. A human cheat code for basketball. Because quite frankly, even at this stage of his career, I still find myself in disbelief.

You gotta be kidding me.

All common sayings for yours truly on the couch late at night watching the Dubs on the West Coast.

That last one - you gotta be kidding me - comes out with a little bit of oomph and pain when he plays the Knicks.

Oh! And there is Curry's ability to make Under Armour sneakers cool. Lest we forget, for a good stretch, Curry had the highest-selling basketball sneaker! Now, the dude has his own signature brand within the company, ala another famous basketball player within the Nike brand. That's a big deal. Again, his brand is literally carrying Under Armour.

Most importantly, what I respect the most is that Wardell Stephen Curry did it his way, and remained authentic. That's not easy to do as a professional athlete in today's environment.

I'm just so thankful to have witnessed it.