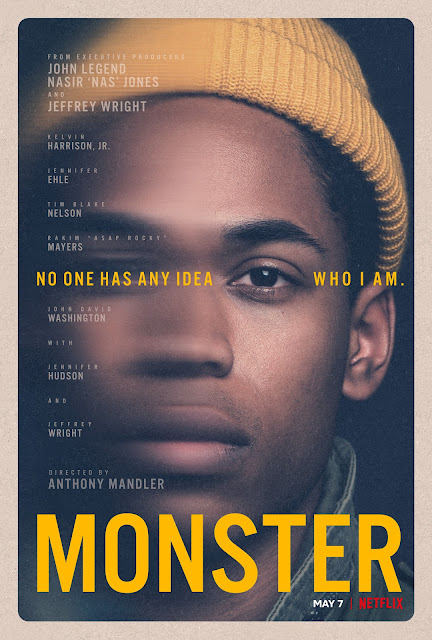 A young black boy with a bright future experiences his world thrown upside down as he is put on trial for murder. We follow his journey through the complex trial.

Steve and his lawyer discuss his options after it is apparent that he needs to tell his truth.

"You want to know the difference between innocent and guilty? Standing on your own truth."

Monster was another "My List" watch from Netflix, and one that I have honestly overlooked for a while. Why? Simply because movies about young black boys who can have their lives upended for no fault of their own, or mere circumstance, can at times feel too close to home for me.

Regardless, I'm glad I allowed myself to be immersed in this story because Monster is a film that encapsulates so much within our society. The young black kid who is talented comes from a good home and has a bright future stereotyped and judged. The innocence of kids and the neighborhoods of strife. And a system that doesn't do much for them in due process.

The label of calling the suspects "Monsters" based on nothing more than allegations is a provoking point for the film.

The best part about the film are the flashbacks mixed with the narration from Steve.

Kelvin Harrison - first time seeing him in anything - was really good. And let's give ASAP Rocky his due as well - very believable.

A good film if you want to feel, and have some inner discussion on the real world.