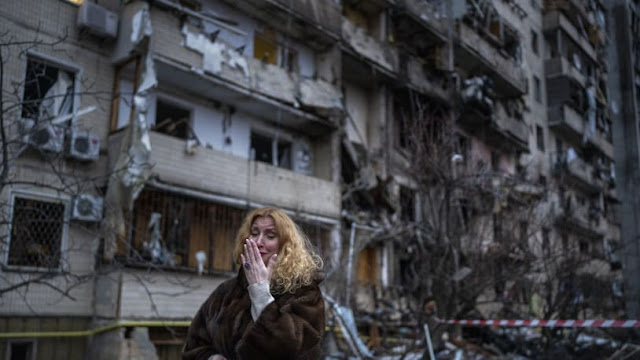 1. Volodymyr Zelensky - The President of Ukraine delivered a speech this week that certainly went viral not just for his take as the current war on Ukraine ensues, but for his honesty and courage throughout it.

2. Kentaji Brown Jackson - In a world on fire, here at home President Biden nominated Jackson, who becomes the first black woman to serve on the highest court in the nation. That's so cool. I'm happier for the tons of little girls of color who can dream of being a Supreme Court Judge, and now believe it.

1. War on Ukraine - The obvious, right? I shared some thoughts this week on the matter. Just keep praying for Ukraine this week...

2. Bad Takes on Ukraine/Russia - Nothing worse than those turning this situation into memes, corny "WW3" jokes, or even the lamest of them all - some political twist to support (or attack) a specific political part. All of it this week felt so incredibly misguided, and well...dumb.

3. Major League Baseball - We're going to miss games aren't we? Come on...smh. Gotta love these two sides that can't figure out this game. I love baseball, I really do, but it's this moment in time where it's so very obvious the league has no clue and is indeed losing a generation.

The silver lining in all of this is that maybe Minor League gates get a bump this summer and that college baseball gets the love it's deserved for so long.

A woman reacts after a rocket hit her home in Kyiv, Ukraine. AP Photo/Emilio Morenatti