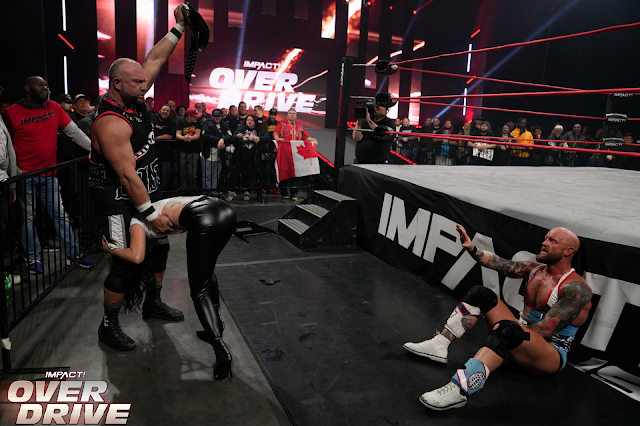 Impact Wrestling pay-per-views (or special events) in 2022 aren't just the biggest kept secret in the professional wrestling world, but they've also been the most underrated positive within pro wrestling going forward. Much of what Scott D'Amore and company have done this year should be celebrated. The product hasn't always been a must-see, but at the same time, it hasn't been terrible. Impact is toast. You know what you're getting. It's not fancy, but you know what you're getting. And in various forms, it can be amazing.
Bad analogies aside, Impact Wrestling wrapped up 2022 with yet another banger in OverDrive. The mini-big shows have really become a nice touch for the company in moving their storylines along, and at times, allowing the ability to give focus and opportunity to characters and talent to be highlighted. It's been a long road since this company was generating One Night Only shows that meant and felt like, well, impactless.
Nonetheless, OverDrive was a great show.
Here are some quick thoughts on the show:
- It's extremely rare that a pre-show carried not one, but two outstanding matches with significant star power. OverDrive gave us that with a solid six-way match and an entertaining tag match between the Motor City Machine Guns and Bullet Club.
- Rich Swann continues to be that all-Utility-like player for Impact. Put him anywhere, and he'll thrive.
- I've always enjoyed Kenny King's work. I think he'll be able to hit another gear under this regime. I'm looking forward to what should be an interesting feud between him and Mike Bailey going forward. The contrast in styles and characters should make for some fun segments and matches. 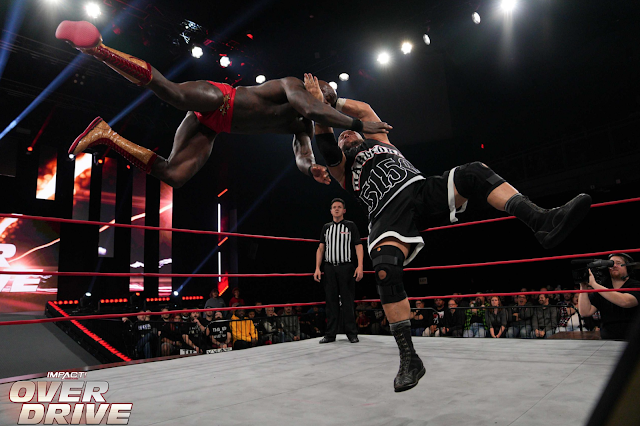 - Bully Ray and Moose was a nice opener to this show.
Moose is an incredible athlete. It's also amazing to see how much he's evolved not just in the ring, but truly, in character, appearance, and in-ring style. Bully obviously has bigger appointments as the number one contender, but I'm curious to see where the self-proclaimed "Scumbag" moves on to in 2023.
- I say it in every Impact review - I'm a big fan of Tasha Steelz. I find her insanely entertaining. This was a good bout. Now that women's tag-team titles are a thing everywhere and in every company, I wish more companies invested in talent by creating true women's tag teams rather than pairings of wrestlers. Just my take.
- It's great to see Taylor Wilde back. I wish she had more of a defined character and somewhat of a longer program to invest in.
Deonna continues to be gold. However, why do I feel like Mickie moves through Deonna Purazzo as well?
- The tag-team title match was very much a surprise for me on this card. Something about Heath and Rhino feels like a step back on some of the progress Heath was making in breaking through on a new character and feel. Heath, at least to me, almost had a weird red-headed DDP vibe going for a bit. The Rebel attacks on Honor No More gave him some new shine.
The finish here was great. And speaking of characters, Myers really has been a favorite since he joined Impact.
- First of all, it's nice to see the X-Division not opening the show. Sometimes there is a fine line between tropes and tradition. Nonetheless, Black Taurus has been awesome since coming to Impact and it's good to see that this tournament has given him some due. Taurus throwing that headbutt... gets me every time.
Of course, the heel turn (?) by Miguel is highly interesting going forward. He's needed a change for a while. Great wrestler. Just never got his deal since his return. I think this might just give him a new dynamic going into 2023. 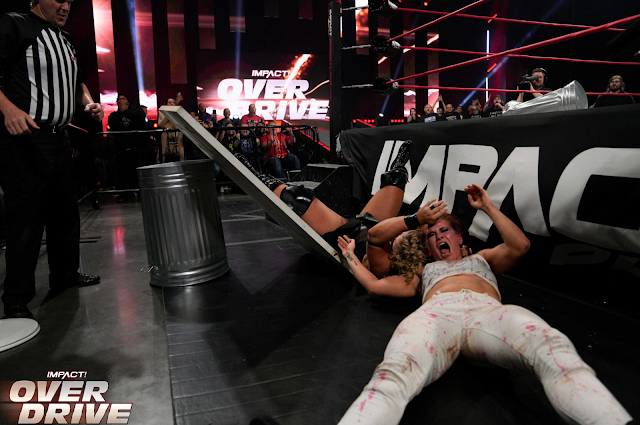 - Spoiler alert, my 2022 pick for Female Wrestler of the year may just be Jordynn Grace. And that's with all due respect to Bianca Belair and others. Maybe I'll change my mind, but as of this post, that's my gut selection.
I was surprised they decided to pick up this feud for OverDrive, but much of this pay-per-view feels like cleaning up 2022 storylines and setting up 2023. Grace picks up the win yet again over Slamovich, who is becoming more interesting with the losses. The Russian translation has been a cool part of her character, which says a lot since this entire feud has felt personal and like a deep rivalry with her not saying anything in English.
This wasn't as good as their Bound for Glory match, but damn, this was still good.
I'm very curious about how both move forward. 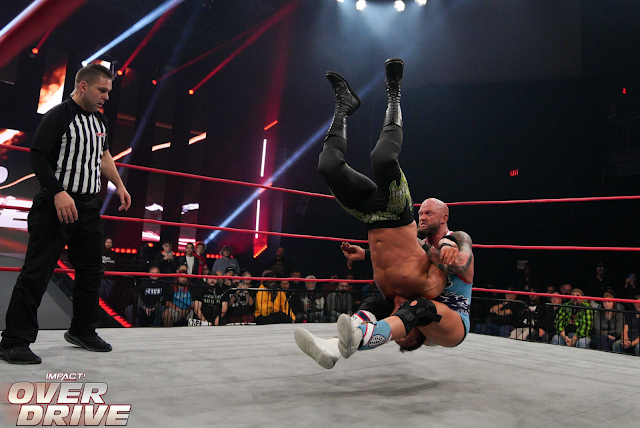 - Josh Alexander's championship run is destined to surpass Bobby Roode historic run, and quite frankly, I'm not mad at that. In my opinion, Alexander is the face of the new generation of this company, and having him as champion has been an enjoyable run. Especially with him taking on all types of challenges.
Frankie Kazarian's "last chance" has also been awesome. Frankie needs to stay in Impact Wrestling to avenge that loss. Maybe turn heel?
This match was absolutely awesome. I did like the story of Kazarian using the moves of the men he mentioned repeatedly in his promos, his friends, of who won "the big one". From the Angle slam to a Styles Clash, Kazarian was trying it all against The Walking Weapon.
Kazarian, please don't head back to AEW.
- And finally, this was THE moment I knew was possible when Bully Ray returned. Fans often groan when older wrestlers return and get shot right into the main event, but with Bully's return, I knew this was the kind of payoff we were going to get. I've always been a fan of Bully's mind for the business, especially from his work on Busted Open radio.
The shocker to me was in fact Bully NOT piledriving Mrs. Alexander. That's how much that moment had me locked in! This feud is bound to heighten and get more personal leading into their match in January. There is also a part of me that wonders if there is indeed another layer to this entire thing.
It's also not off the table Bully walks away from Hard to Kill with the Impact World Heavyweight Championship giving Alexander a break, and a big chase in his return. Maybe...Maybe not.
Regardless, I'm hooked on Impact TV beyond the Thanksgiving break and into 2023.
Photos courtesy of Impactwrestling.com.