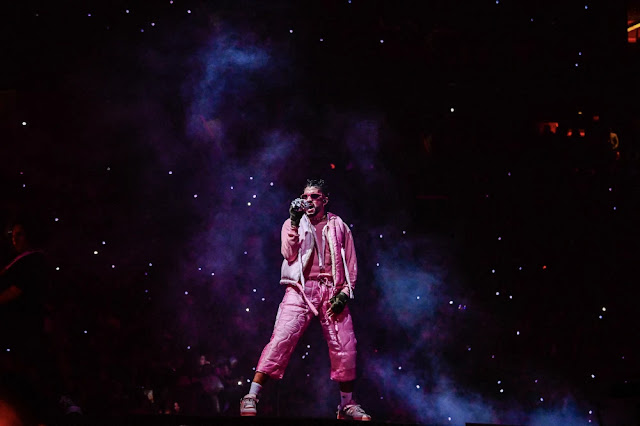 3 Up
1. Bad Bunny - Congratulations (and major breakthrough props) are in order for Bad Bunny who made history with the first Spanish-Language Album of the Year nomination. The dude has been crushing it with major cross-over appeal - and yes, he's a helluva wrestler.
2. Taylor Swift - This could be a down because of the entire Ticketmaster ordeal, but Swift gets the "Up" solely because only she can break Ticketmaster like this. The star power continues to be amazing.
3. FIFA World Cup - Sure, there is plenty of negatives to get into here, but the event itself is amazing. I'm ready to get caught up in it all.
3 Down
1. Iran Protestors - The nation is in political unrest and many protesters being caught are being sentenced to harsh penalties, or worse, death. Just more instability
2. U.S. Mass Shootings - We just continue to give access to individuals who shouldn't have guns. We've become so numb to this. What have we become?
Prayers, comfort, and positive energy to the families in Colorado, Virginia, and the other towns without national coverage who are in pain and despair this week.
3. Big Tech Layoffs - Amazon, Facebook, Twitter, and others - Big Tech is undergoing significant changes, layoffs, and a change in its business approach. Much love and power to the thousands losing their jobs, livelihoods, and life purpose this week.
3 Interesting
1. FIFA President, Gianni Infantino - This dude decided to come out into the public spotlight right before the biggest sports event, and lecture the world for one hour with points that made absolutely zero sense. Who thought this was a good decision?
2. Reinstate Trump/Trump Presidency - I'm just saying this...the Republican party not necessarily endorsing Trump is super interesting to me. And yes, so is his 2024 Presidential run. Let's see where this goes. It's almost a litmus test of where exactly we are in this whole MAGA movement in history.
3. Earth - 8 Billion People - Earth just surpassed 8 billion people on earth. That's a lot of us.
Cover Photo
Bad Bunny during The Last Tour of the World in Miami on April 1.
Chandan Khanna / AFP via Getty Images