Lost it's Purpose: The Declining Future of Christianity in America 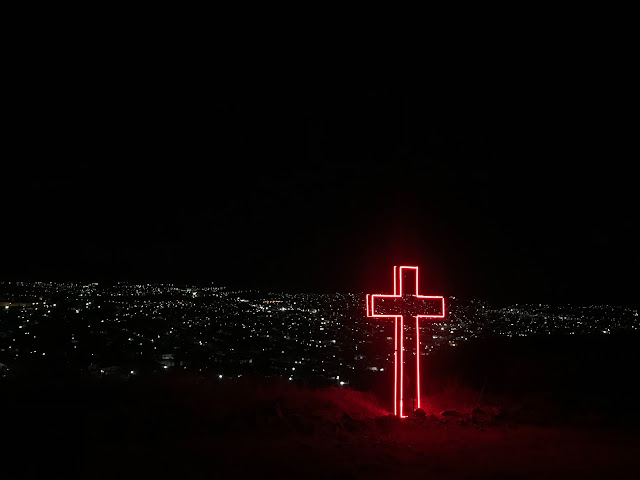 I've been sitting on this thought process for a while now, mainly because the topic has seen itself unravel in the thick of what has become an ultra-politicized society. And that topic is that of the Church. Specifically, the Christian Church.
In September, the Pew Research Center published an article, "Modeling the Future of Religion in America" and within it's studies and findings was significant theme that Christians in the United States of America are well on their way to not only becoming a minority, but ultimately, losing generations.
Or, the way I see it at the surface level, the church has lost its purpose.
If you've followed this little site, you are well aware that I do consider myself a Christian. I do believe in Jesus. Or as I find myself at times, almost akwardkly saying to students who ask, "sooo, you like believe in God?" - yes, I do believe in God. Yes, I do.
The idea that sentiment feels more and more awkward to announce or identify as - especially with younger generations - I've always felt was a microcosm of what is probably happening at a large level, and the latest Pew research very much solidifies it.
I've been open about my issues with the church in various posts. And for the most part, I don't think that has changed. I still feel like the Church has done more to protect itself than in representing what Jesus would have done or wanted. I've said on multiple occasions in those very posts, my Jesus, the one who went into churches and flipped tables and demanded help for the poor, the sick, fed the hungry, called out his apostles for doing wrong, and ultimately sacrificed for all of mankind - yeah, that's my guy.
Jesus was badass. That's not something you hear every day.
In recent years, my own drift away from "the church" has gone through my own internal battles we've seen play out from same-sex marriage, abortion, race, gender equity, and now into the realm of politics. It has felt like we've moved away from helping people, toward recruiting for a cause.
For me, "Christianity" has become the thing I dislike. Yet, I still love that badass Jesus. Is that possible? I'm currently learning how. I really am.
Recently, my own mother shared with me thoughts about a church I grew up in and that she's attended all of her life. The church for the better part of the last seven years has the topic of abortion a central focus, a major shift for the congregation in what typically has been a very proactive mission congregation.
Gone are the weekend community drives and services. The food pantry volunteer work. The bible group study. The youth group outreach.
Suddenly phasing into the bulletin were calls for Saturday protests at the local abortion clinic. "Tale of the Tape" style info cards falling out of your Sunday service pamphlet leaning for republican leaders. Calling out President Obama and President Biden is now frequenty interjection into the sermon with moans and groans from the audience, where praying for all leadership was once rooted in the Bible.
I'll throw a little Timothy 2: 1-4 at you:

I urge you, first of all, to pray for all people. Ask God to help them; intercede on their behalf, and give thanks for them. Pray this way for kings and all who are in authority so that we can live peaceful and quiet lives marked by godliness and dignity.

"It's not the same" my mom would routinely say as she told me this confession as we sat in Pre-Thanksgiving Day traffic. "In a time where people are hurting, and could use faith, we're out in the world joining in on the mess in a self-rightous way. Our church has gone from four services to barely filling one."
According to the Pew's research, Christians are projected to fall below 50% by 2070. "Nones" those accounted for in the study who identify with no religion, will become the majority.
The more alarming trend is this: "in each new generation, upwards of 30% of individuals switch to 'nones' before turning 30 years old".
How many more are people like me? Who may still check the box, but aren't really connected to...whatever version of whatever it is we are seeing.
And of course, religion is often passed down through children and generational experience. I've thought about that heavily when thinking about my own experiences, as well as this continued trend.
If introducing the topic of a higher divine power wasn't hard enough, how do you do faith without church for a little one? And ditto on my long-term experience?
2070 is very much a long ways away. But in a world in trying to figure out truths, the subtle feelings of splintering or being ashamed is validated.
The church is not meeting it's purpose.
This is not what Jesus wanted. Yes, not my badass, radical Jesus.