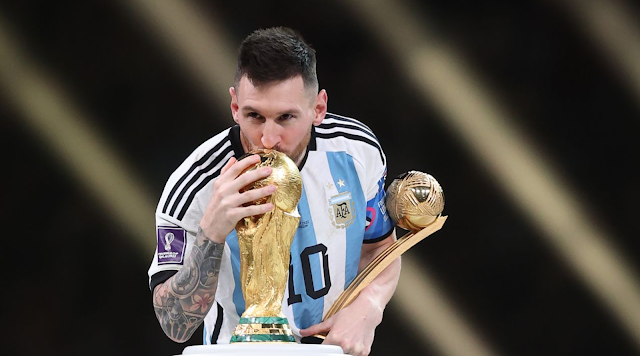 1. Argentina Wins World Cup - Today's World Cup Championship was an amazing game to cap off what has been an amazing tournament. Kudos to Argentina, the nation, and so many of it's soccer fans.

2. Lionel Messi - Nothing like seeing a great finally get the missing accomplishment to solidify greatness (and to silence all of the critics).

I guess we'll see him at Miami FC soon?

3. Endrick - In an all-soccer "Up" this week, we'll round it out with Endrick, a sixteen-year-old from Brazil who already goes by one name, and just landed a $63.3M contract from Real Madrid. That's quite some cash for a sixteen-year-old.

1. FTX Collapse - Is it me, or have we seen an abundance of these crypto companies showing vulnerability - or sheer fallout - as of late? With multiple athletes, celebrities, and others admitting losses, we also await the fallout and impending extradition of Sam Bankman-Fried to the United States of fraud and money laundering.

2. Migrant Border Surge - The border continues to be an issue especially as of late with a migrant surge placing a strain on border cities. Unfortunately, we have two political parties who continue to use immigration as a fear tactic for political gain rather than developing proper immigration policies.