The Pondering 10 - Most Fascinating Things of 2022 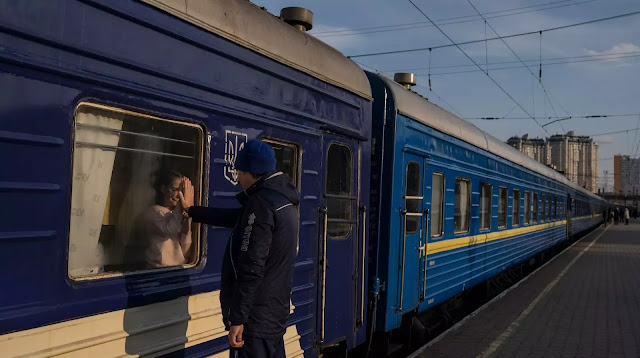 There goes another year beyond the pandemic - are we still in one? Yeah? No? Whatever. Regardless of what we're identifying this year as, in the immediate reflection, 2022 is an incredibly busy year where we went from an almost lockdown with variants and returns of COVID to the most "return-to-normal" we've experienced since 2019.
2022 was indeed that kind of year, filled with a mixed bag of leftovers, new strife, and dealing with what will stay here for a bit longer going forward.
As always, before the traditional (the 17th annual!!!) Year in Review post, here is a quick post on the things I found the most fascinating in 2022.
Most Fascinating Things: 2015, 2016, 2017, 2018, 2019, 2020, & 2021
Dome Pondering - 2022 Year in Review coming soon.
--- 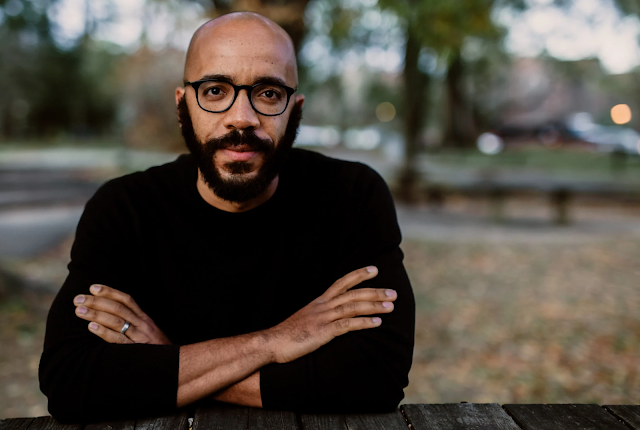 10. "How the Word is Passed" - Clint Smith's book (A New York Times Best Seller) was by far my favorite of 2022 to read. I had the pleasure to meet Smith at a work conference, and my encounter, like my interaction with his book, carries and is steeped in an education, passion, and sincere truth from Smith's dedication to the time of slavery and how it exists in our current society. I'm not joking when I say this is a must-read and a certified shelfer. 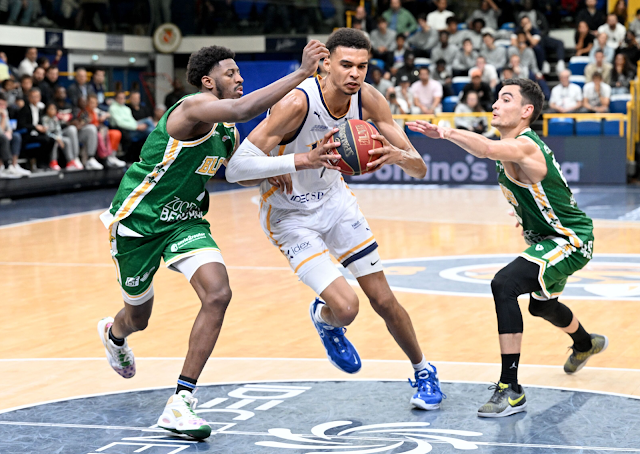 9. Victor Wembanyama - Wembanyama is the create-a-player we've all been generating in video games for years come to life. This hoops fan can't get enough clips of Wembanyama. Easily the biggest generational talent since LeBron James is here. I don't care what the odds are, please let the Knicks get the #1 pick! Sorry, had to put it out there. I still don't think he's real at times. 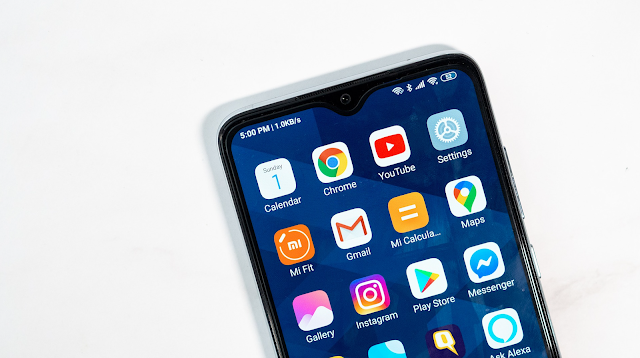 8. Internet/Social Media - After a pandemic that left us tied to everything virtual and digital, 2022's renewal has so many of us examining our use of technology, social media, and where and how it fits our lives with boundaries. Personally, I've taken a step back on my social media interaction with periods this year of "detoxing". Add in misinformation, misrepresentation of reality, the natural harms of overuse, and social media evaluation (through new ownership or sheer accountability) - we're moving toward a new realm of society's engagement with the internet and social media. 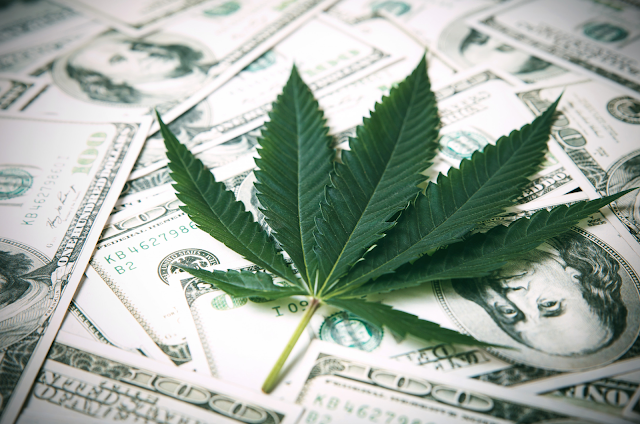 7. Marijuana Legalization - I've battled all year with the fact that there are so many people who freely make money off of weed, who capitalize weed, and who openly purchase and use weed, while thousands of individuals are in jail for the same thing. I also constantly think about "The War on Drugs" and how it fueled gangs, street wars, and continued negative cyclical impacts on urban areas and areas of people of color. But just like that, poof! The war is over.
I appreciate President Biden's approach to reform and even looking to pardon those in prison, but the development definitely fascinates and constantly keeps me pondering on who we're willing to punish.
Shout out to Jay-Z who tackled the issue in probably what is the greatest rap verse of the year in "God Did". Here's a small sample of his comments:

I left the dope game with my record clean, huh / I turned the cocaína into champagne
Judge it how you judge it, say we goin’ corporate / Nah, we just corner boys with the corner office 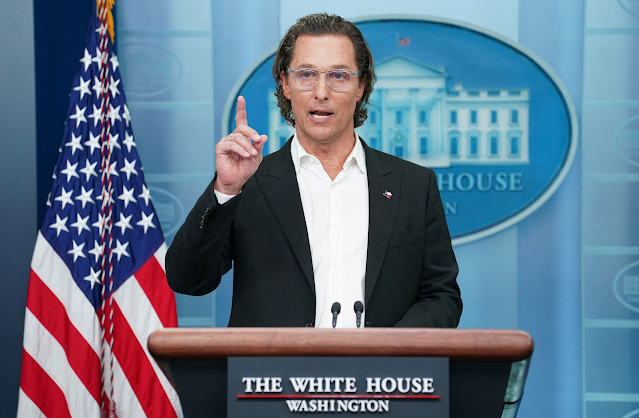 6. Gun Safety Discussions - You would think after everything that happened in Uvalde, Texas this year, that the winds would drastically blow towards serious measures on gun safety. Yes, we did get a shocking bi-partisan bill to move in that direction, but the mere discourse among our politicians (and celebrities turned activists?) and those with obvious monetary ties and lobby responsibilities are disgusting. "We need more doors" was a legit response from a politician. I can't believe we, as a nation, let these matters simply get by. Because we do.
For the record, hoping for peace for so many families who lost loved ones senselessly to mass shootings this year. This holiday season must be tough. 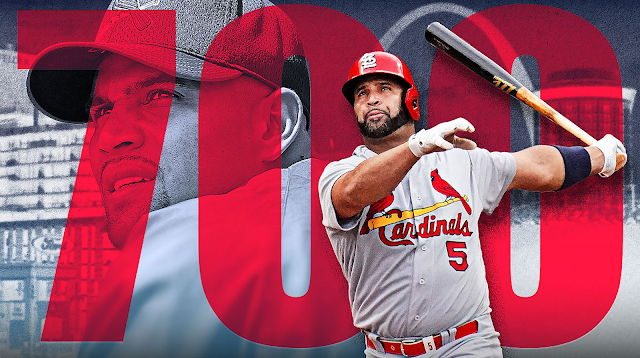 5. Home Run History - We saw two home run chases that gripped this baseball fan. Of course, there is Aaron Judge's historic season of 62 home runs. You can debate "legitimacy among yourself". Albert Pujols' run for 700 fascinated me even more considering everything that encapsulated his career, the unbelievable final run in his final season, and the serious discussion he has left on our plate as possibly one of the greatest baseball players of all time. 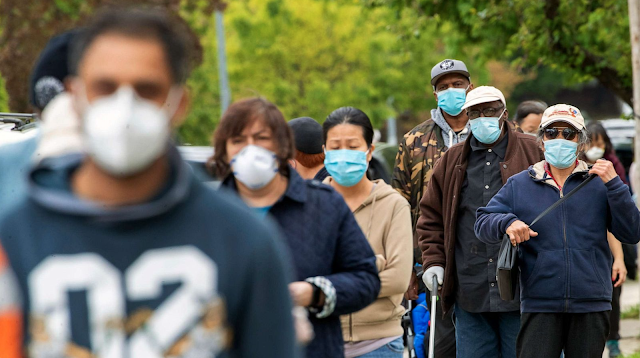 4. COVID-19 - Everything COVID fascinates me. This year alone we were en route to quarantine measures, but then it felt like we decided we were done with it, just to see it return during this Holiday season, with thousands of booster shot inventory going to waste. Ultimately, how we all went through a pandemic where the world shut down, millions died, and our lives depended upon one another, and we came out of it on the other end worse people, and less empathic, is a whirlwind to understand. I'm still trying to wrap my mind around it. 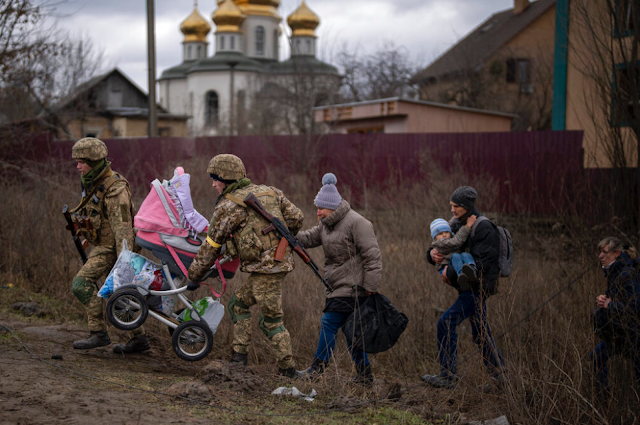 3. War on Ukraine - So sad. There is so much to this war that has not been communicated heavily in our media. The horrific details. Ugh...
All because one man decided he wanted the land. 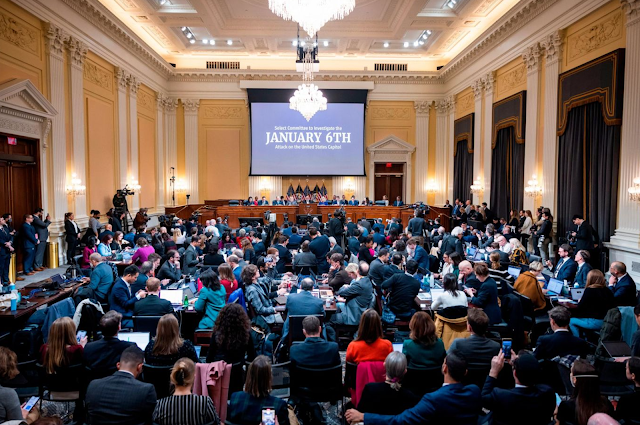 2. January 6th Hearings - 2022 was definitely a year of - do we really not care? The January 6th hearings gripped me. The evidence. The testimonies. And yes, even the neglect by some to participate. It's still fascinating how we (as a society) downplay the event that I watched on TV, mouth agape in disbelief. What have we become?
I don't care about politics. We should want the truth. And hold those accountable. 1. Britney Griner - Taking the top spot, is everything, Britney Griner. And much like everything, this was a human interest story that became polarizing because of politics, lack of empathy, and overall, a sense of America that is disheartening.
It was fascinating to me to watch, read, and hear so many criticize Griner for "knowing the rules" (or not), valuing her life based on her occupation as just a "women's basketball player", or determining her importance of being brought home by her political views (e.g. falsely stating she hated America).
The entire ordeal fascinated me the most this year because the conversation intersected so much of what is currently at the forefront of American society. The way we placed a value on her life, in the captivity of a nation obviously using her for international leverage, it was all built on "was she worth it" and not from the empathetic lens of getting her home as an American.
And even in her return, there were sectors of our society who felt "robbed" or "bothered" because we "lost the trade".
Again, the entire thing fascinates me. We let more people off the hook for far worse in our country but were willing to let an American life be wasted elsewhere based on identity value.
Again, we've lost empathy.