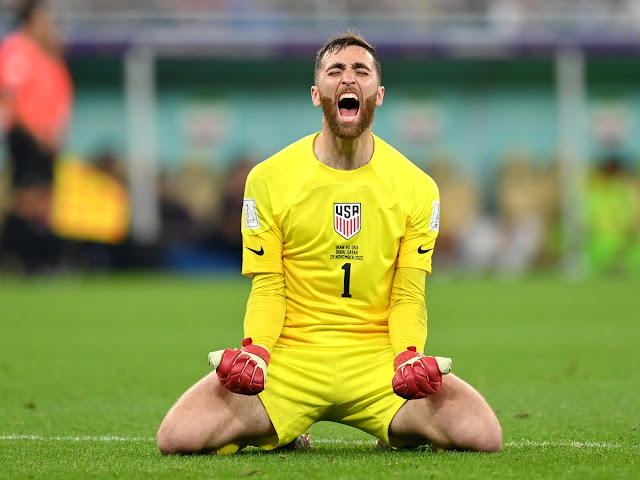 3 Up
1. Rail Workers Agreement - The nation avoiding a major - major! - supply chain issue when the Rail Workers union settled their dispute. In the process we learned that these workers had one - one! - sick day per year. That's absolutely insane. How could you not root for the union here to win? And they did.
2. Protecting Same-Sex/Interracial Marriage - It's amazing that we have to politicize and advocate as people for these kid of things, but here we are.
3. World Cup - Sports biggest event continues on with some thrilling games and upsets. Selfishly giving some love to the US Men's National Team who survived Group Play and made it to the Knockout stages.
3 Down
1. "Terminating the Constitution" - Look, I'm so over bashing Donald Trump. That's my neutral take on it all. My political take is this, how did we get here? Candidates are calling for ripping up the document that we base everything off of? Again, how did we get here?
2. Hate Speech on Twitter - You'll see my trends for this week as recent studies and news has expressed that hate speech on Twitter as significantly increased since Elon Musk has taken over. What is wrong with us? Were we just dying to express these thoughts publicly? Or, have we as a society becomes so enthralled with internet clout that we'll cross any line to do so?
Probalby both. And that's scary.
3. Kanye West - Ugh. Copy and paste thoughts on "free speech" from above. This dude literally "praised" Hitler.
One more time - how did we get here?
Cover Photo
Matt Turner of the United States celebrates the winning goal by Christian Pulisic against Iran at the World Cup on Tuesday.
Dan Mullan/Getty Images