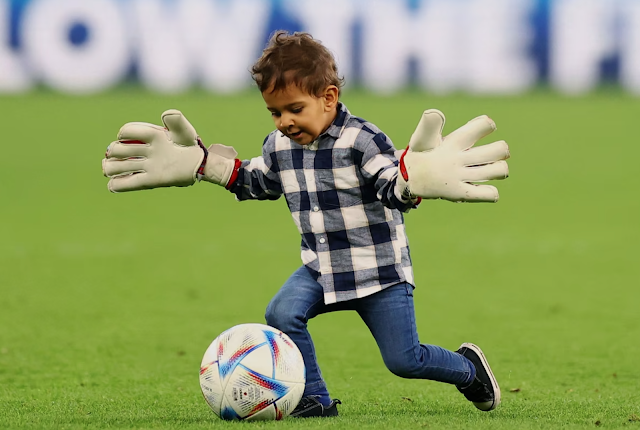 1. Protection of Same-Sex Marriage - Well, what do you know? Our elected officials CAN work together to get important policies completed that accurately and democratically represent the people. Cynicism aside, it's good to see this bill get passed. Imagine the huge step back that this would have been.

2. Britney Griner Home - I honestly don't care about the politics around this story. Griner needed to come home. And I'm glad she finally is.

3. Impact Wrestling Main Event - Everything that was "Speedball" Mike Bailey vs. "The Walking Weapon" Josh Alexander on this week's episode of Impact Wrestling was what makes pro wrestling so great. Both guys put on a classic that lasted almost an hour, and it was one of the best matches I've enjoyed in a long time. Kudos to both men.

1. Grant Wahl - It's the kind of story that is super emotional for the following reasons: 1) Wahl was the premiere journalist in the soccer real; 2) Wahl was beloved by so many of his colleagues and well respected by many others throughout soccer, and 3) another reminder that this life is nothing more than a vapor, short and quick.

2. COVID - The entire ordeal that is COVID is such an interesting one when we have some historical review a decade or two from now. Nonetheless, COVID is once again running wild with infections this holiday season. Stay safe, everyone.

3. Sudden "Paul Whelan" Experts - Tied to the entire Britney Griner/Russia situation is Paul Whelan, the U.S. Marine still in captivity in Russia that everyone with a political take suddenly wanted to throw into the mix of discourse. Not only is it unfair to the family of Whelan, as well as to the state of the situation that is indeed keeping him in Russia, but it says so much about our society that we could not look passed political ties, affiliations, or leanings to simply support bringing home an American.

We are so incredibly broken.

1. Georgia Run-off - I cannot, in every fiber of my being, find it even partially reasonable to understand how someone could vote for Herschel Walker. I honestly cannot understand it. Have we completely lost an integrity standard for candidates?

2. MLB Off-Season - So, we had a labor situation between owners and players that delayed the season and even created some bad reports with some fans, and here we are seeing over $4.5 billion spent in free agency and players getting BIG money well into their 40s? Did I miss something?

3. Krysten Sinema - ...and now we have politicians and elected officials running on specific tickets, getting elected, and well, changing their minds. What?!

Isaac, the son of Morocco's Yassine Bounou, plays on the pitch after the World Cup match between Morocco and Portugal, at Al Thumama Stadium in Doha, Qatar, on December 10, 2022.