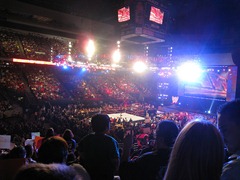 After almost ten years of enduring a wrestling-business environment where all aspects became cut and dry (WWE and everything else behind), things will be very interesting for one night.

Yes, for one night, wrestling fans will enjoy a bit of nostalgia, and get an option on a Monday Night. Back is the excitement. Back is the can’t miss feeling. And, back is that soreness in your thumb from flipping back and forth for two-plus hours.

Now for those that have no idea what the Monday Night War are or mean, and you consider yourself a wrestling fan, before you read on, you need to take a moment to do a little bit of research. However, if you do, and are not aware of what is going on, TNA Wrestling is taking a chance (and a huge chance it is) and will be going head-to-head against Monday Night Raw for one night.


Competition in the past brought out the best in everyone, fans included, in the last go-around. In fact, competition produced the greatest moments, stars and yes, business, that the industry has ever seen. Competition makes everything better. It is a known fact.

TNA Wrestling has been undergoing major changes in its front offices, talent, and overall product. They have brought in the biggest name the industry has ever seen in Hulk Hogan and reports are they that they have bigger plans which might just debut on 1/4/10.

On the flip side, WWE has been in cruise control for awhile now, and recently began a youth movement which has been a few years overdue. Nonetheless, we know the genius that is Vince McMahon, and it is expected that he will have big plans to keep this business in a state that he has worked so hard to create – one major company and then everyone else. 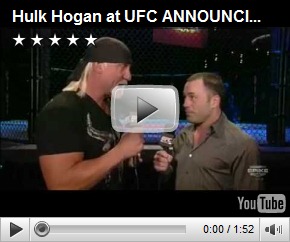 With that said, you know both companies are bringing it all. No booking on the fly, no lackadaisical creative, or even yes, no nepotism (you know who I mean). Well, maybe we’ll still get that nepotism experience. However, just one night where two companies putting on their best for the viewership of the wrestling fan.

Now, let’s be honest, and regain a little sense of reality going into this night – WWE will win this ratings war. WWE is too big of a machine, and is too well-known by the masses to not win. And also, lets face it, there are some “wrestling fans” who watch nothing else besides the WWE. I understand such limited viewing if you’re a casual fan of wrestling or haven’t been able to see anything else, but die hard wrestling fans watch this entire business, Period. That in itself can be another topic for another day – and it will.

However, returning to my point, if TNA gains a few fans out of this night, and dents the usual Raw rating by just a little bit, then this night is deemed a success. Not because TNA gained new fans, or because Raw maintained, and won, but because the fans found both enjoyable.

So I urge all wrestling fans and enthusiasts, even those who haven’t watched since WCW and WWE had their time in the sun, check out both shows. Heck, if you’re not a wrestling fan, check it out as well, 1/4/10 may become the first of many for you.

It will be worth it. For one night on January 4th, 2010, the Monday night Wars are back there will be two great shows. As always, one will win, and the other will lose, but ultimately, the fans should be, and will be the undisputed winner of this match.